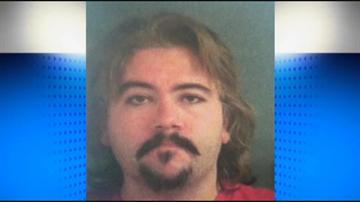 MISHAWAKA, Ind. – Police have arrested 37-year-old Joseph Wayer of Goshen, he has been charged with murdering his ex-wife, 33-year-old Barbara Sheppard, on December 22, 2011.

Sheppard was found dead with a stab wound to the throat outside of the Low Bob’s Discount Tobacco Store on Lincolnway East in Mishawaka where she worked.  Investigators said they found Wayer’s hair clutched in her hand and used that to make a DNA match that helped lead to his arrest.

"I knew she put up one hell of a fight,” explained Angi Northern, a close friend of Sheppards.  “Barbara's a fighter, she would've fought for her two little boys and her mother and her fiancée Jason and she sure did and now justice is going to be served."

Northern fought back tears as she described how Sheppard’s friends and family had always suspected Wayer was her killer.

“The divorce was final right before this happened,” Northern described.  “They had a rocky divorce and he was a control freak, Barbara couldn’t really do anything.”

“We all knew that he had threatened her, he did have a Facebook comment and it said ‘I will get you,’” Northern explained.  “When it happened we all knew but we just, we can't prove it, they had to do that for us.”

Northern said detectives with the St. Joseph County Metro Homicide unit had promised Sheppard’s friends and families they would bring her killer to justice.  Now that Wayer’s been formally charged in her murder, Northern hopes Sheppard’s family, including her 3 and 10-year-old sons, can find closure.

"Barbara, I'm overwhelmed right now, I love you dearly and I miss you and you will always be my best friend and you are in a better place,” Northern said, looking to the sky.  “Your children will be taken care of and don't you ever worry about that because everybody will make sure."

Sheppard’s friends and family are planning a vigil in her memory at 5 p.m. on Thursday outside of the Low Bob’s Store where she was murdered.

Joseph Wayer is currently in the St. Joseph County Jail.