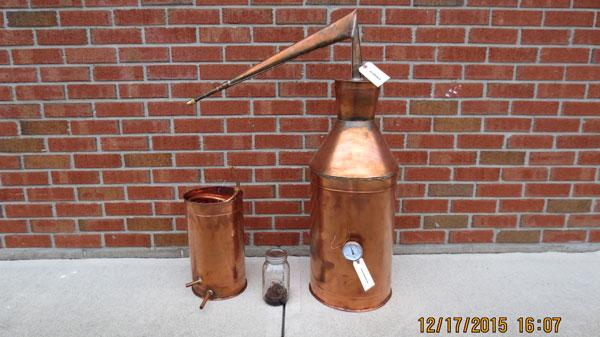 Indiana State Excise Police seized a distilling apparatus from a business in Brookville after spotting it for sale through the store window.

Excise Police executed a search warrant at Keys to the Past Antiques at 656 Main Street in Brookville Thursday afternoon.

No arrests were made, but the case will be forwarded to the Franklin County Prosecutor's Office.