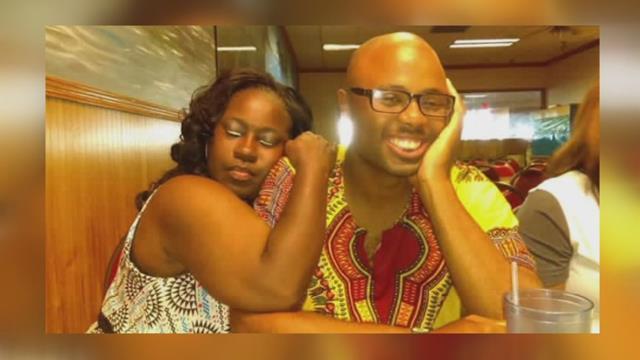 The Benton Harbor minister who was trapped in Ghana fighting human trafficking charges for nearly a year is back home after being acquitted.

And on July 14, a Michiana husband and wife were reunited.

“Sometimes I still feel like I’m in a dream,” Kim Barry said.

But this is reality – Kim’s husband is now home from Ghana after a 10-month legal battle that left her in tears when ABC57 News spoke with her last September and March.

Roy was arrested and charged with human trafficking in September 2015 when he traveled to Ghana to pick up his family’s adopted goddaughter for her first trip to America.

“This was a screw-up from the beginning to the end, as far as I can see from the outside,” Barry family attorney John Smietanka said.

After a brief stint in Ghanaian jail, Roy was stuck in the West African country as he fought for freedom.

He lived in a rundown hotel, but spent his down time starting a ministry group and helping the needy – continuing the legacy he and his wife have built in Michiana.

“We threw energy at each other,” Roy said. “When one gets down, we picked each other up.”

But the journey was tough.

Roy made 14 court appearances in 10 months; his case kept getting postponed because of disorganization in the Ghanaian courtroom.

This was all happening while Kim was hospitalized twice here in Michigan, fighting a rare lung disorder.

“When she was in the emergency room, they put me on Skype for me to tell her to calm down,” Roy said. “And that was a difficult time; not being able to leave the country of Ghana, and my wife being in the hospital; that was my time right there, I had to have patience and trust God.”

The family repeatedly channeled their faith; they said it paid off two weeks ago when Roy was acquitted and they booked his flight home.

“When we looked for the flight, there was only one seat left,” Kim said. “And from the 14th to the 28th, it was completely booked; no planes were going to Ghana until August. So, that seat was meant for him.”

Their attorney said the American consulate in Ghana is to blame for this mess, but Roy and Kim are not bitter; they’re just happy to be reunited.

“No, I’m not angry at all,” Kim said. “We do have to learn to forgive those that have done wrong to us.”

Roy said he learned a lot while in Ghana and he hopes to bring those lessons of faith and charity back here to Michiana.

His church in Culvert is throwing him a big welcome home party this Sunday and Smietanka said he’s helping the Barry’s determine if a lawsuit is possible.

Kim and Roy said they plan on keeping in touch with their adopted goddaughter in Ghana, but they have no plans to travel there again anytime soon.