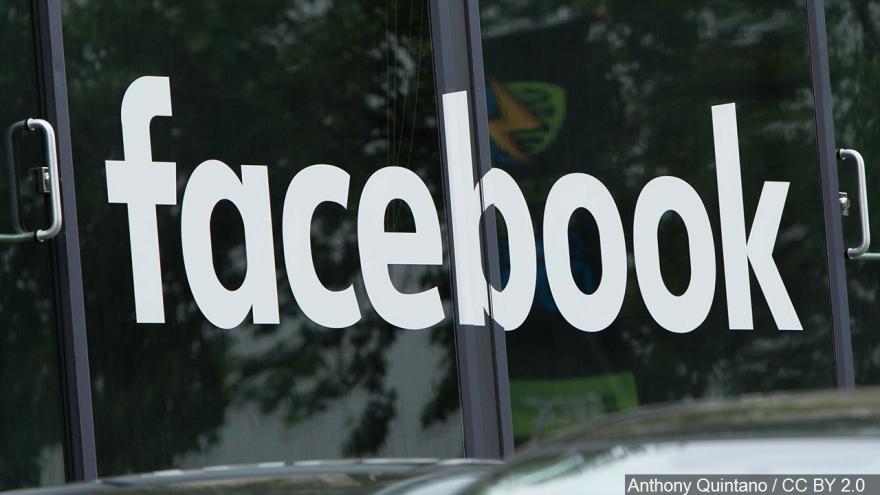 The app allows young users to chat with their friends, make video calls with kid-friendly filters and send age-appropriate GIFs.

While this may sounds like a parent's worst nightmare, Facebook said it put safeguards in place to keep the platform safe and private.

Parents must set up a child's Messenger Kids account and approve with whom they can communicate (parents must be friends on Facebook to do so). Kids will not be searchable within the app for privacy reasons.

"Safety is absolutely the most important concern [and] being able to [know] who they're using the device with," Loredana Crisan, Facebook Messenger's product design director, told CNN Tech. "The ability to connect with only approved contacts is very important for that age range."

The company said it will collect "little data" about its young users and will not feature ads or in-app purchases. It will also include tools to report or flag inappropriate content and block users.

Facebook said it worked with a committee of about a dozen experts and more than 250 online safety organizations to develop the app. It also met with parents across the U.S. to hear the major concerns about their kids using technology.

According to research conducted by Facebook and consultant firm Dubit, about 90% of kids between ages six to 12 have access to tablets or smartphones. Meanwhile, two out of three of those children have a device of their own.

Facebook argued putting communication in a place that can be monitored by parents allows kids to connect with friends and family online in a fun, but controlled way.

It's also a part of Facebook's larger strategy to grow its 2 billion user base.

But the app will likely draw some criticism.

"American parents are really protective of their young kids' privacy and social interactions," said Jenny Radesky, assistant professor of pediatrics at the University of Michigan, C.S. Mott Children's Hospital. "There will probably be a bit of reaction that they're too young and there's a [general] lack of interest for [messaging apps]."

The young age requirement could also be a concern.

"As a parent, I would not be interested in a messaging product for my kids," Radesky said. "Do children really need that yet? You can get a lot of those modalities elsewhere."

She pointed to video-chatting services like Skype and FaceTime.

Facebook isn't the first to create a chat app made for kids.

In 2013, Snapchat launched a version of its disappearing photo platform for kids under 13 called SnapKidz. It was a limited version of its main app and didn't let users send or receive photos or add friends. It has since been discontinued. Snapchat declined to comment why when asked.

Other messaging apps for kids under 13 with parental controls have had trouble taking off, too.

"These things only work if everyone else is on it as well," said Stephen Balkam, founder and CEO of the Family Online Safety Institute and a member of Facebook's Advisory Committee. "It's such a crowded marketplace [for apps]."

Facebook could have more success with a kids app considering it is a global brand with a large user base.

"You never know, until you put it out there, how it's going to be used and what unintended consequences there might be from what they created," Balkam said. "But from what I've seen [from Facebook], it does look like an incredibly thoughtful approach."

The preview of Messenger Kids will roll out on iOS in the U.S. on Monday and launch officially by the end of the year. It will come to Android and Kindle in the future.