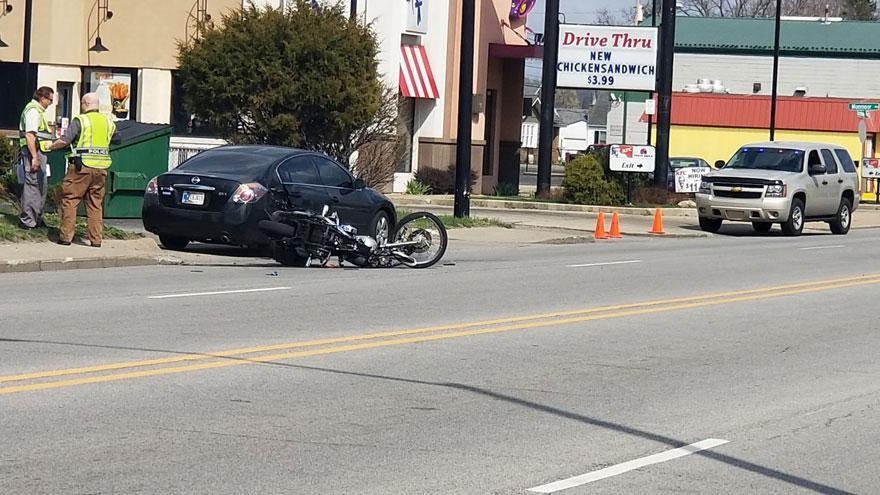 ST. JOSEPH COUNTY, Ind. -- Officers responded on Tuesday afternoon to a serious bodily injury crash between a car and motorcycle that occurred at approximately 2:23 p.m. in the area of Lincolnway West and N. Middleboro Ave in Mishawaka.

The motorcyclist, who has been identified as Amanda Sue St. John, 41, of Mishawaka, was taken to the hospital with serious injuries, including several broken bones.

The driver of the Nissan, who has been identified as Brendan Allen Randall Chappell Cromartie, 23 of South Bend, was uninjured.

Following the accident, Cromartie remained on scene and cooperated with investigators.

The investigation remains active and on-going, and toxicology results are pending.

Anyone with information regarding this investigation is asked to call FACT at 574-235-9514.