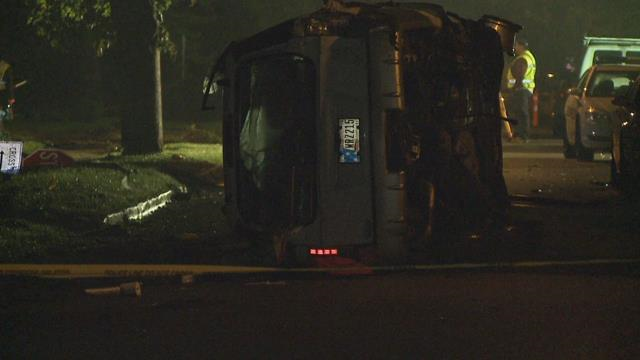 The FACT Team responded to a crash near Wilber and Bulla Streets in South Bend late Wednesday night.

Police told ABC 57 it started as a traffic stop before a pursuit ensued. It ended in a crash and the crime scene covered a span of several blocks.

Two children were in the car at the time of the accident and were taken to the hospital with severe injuries. Their condition is unknown at this time.

A male suspect was tracked down and arrested. He is charged with DUI, two counts of fleeing the scene of a crash causing serious bodily injury, and resisting law enforcement. All three of those charges are felonies.

He was first taken to the hospital prior to being released into police custody.