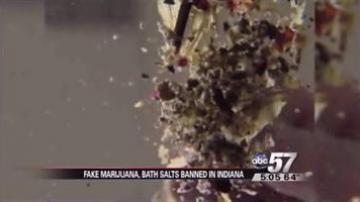 INDIANA -- As new versions of synthetic marijuana pop up in Indiana, they're continuing to get banned.

Gov. Mitch Daniels signed a new law last week. There's a provision in it that could cost retailers their business licenses for a year.

That's if they're caught selling the fake weed and bath salts. The state wants the drugs gone immediately.

Through March 25, the drugs can be dropped off at any Indiana State Police post. Undercover officers will also go to stores to make sure they're complying with the law.