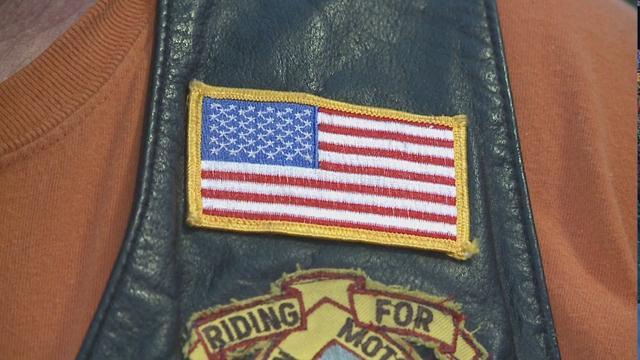 The American Legion held their 13th Fallen Heroes Family Ride on Sunday to raise money for northern Indiana families who have lost loved ones in combat.

"You know sometimes we don't realize that the freedoms we enjoy come at a cost and we've got men and women right now, this very minute, in harm's way overseas," said Chuck Wotring Chaplain for the American Legion.

The bikers started off at the Walmart on Portage Road, then the ride began at 11 a.m. They then went on the 50 mile ride to the American Legion Post 308 in Osceola.

Motorcyclists paid $15 per bike and an additional $10 if there was a passenger.

Entrants also got an event t-shirt as well as lunch and entertainment provided at the American Legion once the ride was complete.

Organizers said the event has grown every year and last year they raised more than $10,000.

“Once a year we do a ride, we raise money, and every penny that we raise goes out to the families of war dead here in Indiana,” Wotring added.

For the past few years, Walmart has given the organization a grant, in addition to letting them use their parking lot and facilities for the event.

Last year they had more than 500 people in attendance and they planned for an even bigger turn out this year.