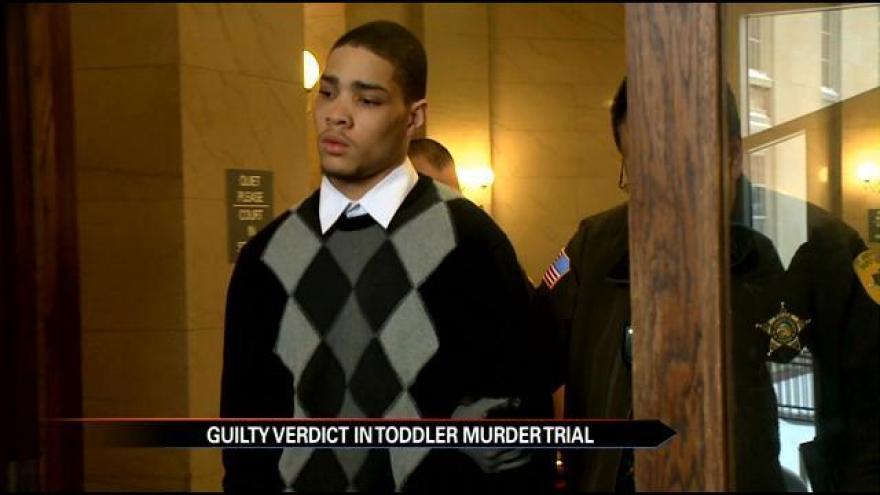 Friday, a South Bend teenager was found guilty for the murder of a toddler, and the attempted murder of another teenager.  Police say back in April 2014 2 year old John Swoveland Jr was hit by a stray bullet.

That was the reaction from 19 year old Robert Griffin, after the jury announced he was guilty of both counts, murder and attempted murder.

"You can dress him up in church clothes and cut his hair, but if you don't change somebody's heart, we're going to have this problem even longer," says Dianne Perkins.

It was a rough year for baby John's family.

The two year old was killed by a stray bullet in April of last year meant for Larry Bobbitt.  And since it was a stray bullet, it made Friday's verdict more difficult.

"A case where the intent is not just painted on the wall for everybody to see, that's tough," says Prosecutor Christopher Fronk.

Prosecutors and Metro Homicide investigators are proud of the amount of time spent on this case, but Friday's guilty verdict is only the beginning.

Seven more suspects are involved in this case, and their charges range from attempted murder, to aiding in murder, to assisting a criminal.