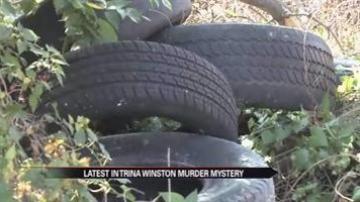 SOUTH BEND, Ind. -- "I keep trying to tell myself this is real."

It's been more than 24 hours since Trina Winston's family was told her body may have been found.

Thursday, Winston's sisters met at WUBS radio to talk about what's next in the case against Tarrence Lee; the man police think is responsible for killing and dumping Winston's body behind a Chicago house.

"When I get to the bottom of who signed those papers and let that man out in the first place, that will be the closure for me," Ceclia Winston-Bronson, another sister of Winston, said.

Winston's sisters hope this is the evidence police and prosecutors finally need to put Lee away for good.

Finding the body has started the process for closure, but family members say more needs to be done.

"Violent murders were committed by him in 1986. Why is it that he was released after a 150-year sentence? Trina Winston's sister, Traci, asked. "Why do they release these people when they know what they're capable of?"

They want Winston's murder to be used as an example for future cases.

They've forgiven Lee, but said his day in court is coming.

"Being that we are women of God, we have to forgive you and still love you," Winston-Bronson said of Lee. "But your game is over."

A game, family members said has been played long enough.