Family of 21-year-old shot and killed at a party speaks out. 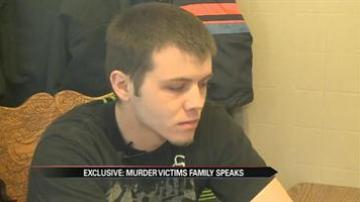 SOUTH BEND, Ind.-- Christopher White was shot and killed at a party over the weekend and the shooter was charged with murder.

Michael said, “He was murdered and it wasn’t an accident. It was planned."

Chris died of a single gunshot wound to the head.

According to court records Saye and Chris were playing beer pong in the basement when witnesses heard a gunshot.

Saye told investigators he was playing a game of Russian Roulette with Chris.

“My brother would never play that game with a revolver, and he sure as hell wouldn’t have agreed to play it with that,” White said.

According to court records, the gun that Saye brought to the party was not a revolver.