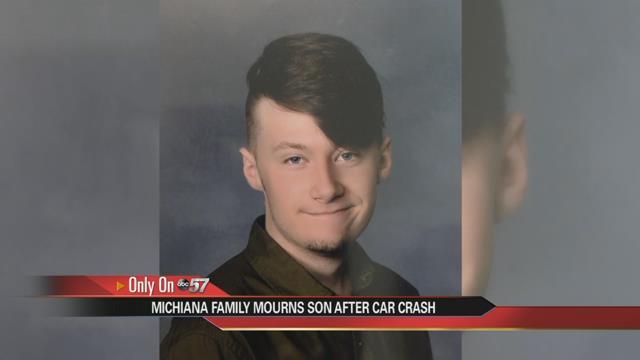 A Granger teen lost his life in a car accident on State Road 23, Thursday night.

Jack Lane, 17, was driving home from work when his car went off the road and hit a tree on a sharp curve.

Charles, his little brother and their parents can hardly find words to describe the loss of a son and sibling with such a bright future.

“He was our life,” Trish Lane, Jack’s mother, said.

Jack was a senior at Penn High School.

The Lanes say they had always worried about their son driving home on the curve of S.R. 23, right after Adams Road on the way to Michigan.

“There are always accidents there. There’s been fatalities, but a lot of times in the wintertime, there are cars off the road,” Eric Lane, Jack’s father, said.

“It was just a shock,” Charles said.

Jensen, Jack’s youngest brother says he wishes he could bring Jack back.

“If I could replace him not being in the car, I would, because everything is just going to be different without Jack,” Jensen said.

The family says they hope all drivers can learn from their tragedy with the message to be careful.

“We wouldn’t want any other parent to have to go through this. It’s horrible,” Eric said.

Unfortunately, other parents have gone through it.

Less than four years ago, another young man died on his way back from prom on the same curve.

“Everybody likes to drive extremely fast down there,” Eric said.

St. Joseph County Police are investigating if speed was a factor in Jack’s accident.

The Lanes continue to cope with the help of their community and the memories that Jack leaves behind.

“He was a good guy. He’s going to be missed,” Charles said.