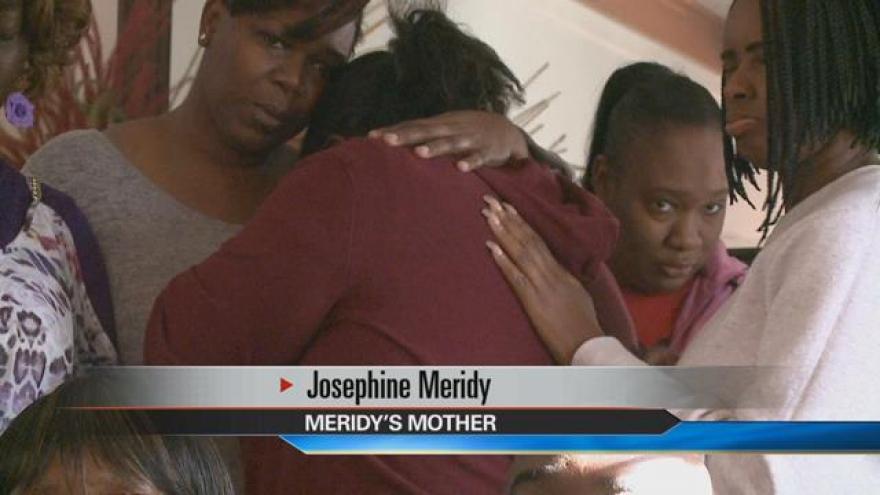 It's been over 48 hours since Diane Young lost her brother, Marcus Meridy, who was shot and killed by police. She wants to know what lead up to it.

“He is not ok he is dead” cried Young.

Her screams were heard on Wednesday when police say Meridy kidnapped his wife Kenyatta Wright. Meridy allegedly kidnapped her at gunpoint, beat her and held her against her will in a motel room. Reports say he fired at police and was shot and killed by police.

Wright's family says she is doing ok but is still in the hospital.

Meridy's family is in mourning. They say the man who was holed up in a motel room earlier this week was not the man they knew.

“Now it’s all different after the funeral I won’t be seeing him no more,” says Josephine Meridy, Marcus Meridy’s mother.

The Meridy family wishes Wednesday’s outcome would have been different.

"He was a hard worker, good brother, son, husband, and friend," says Young.

Young says her brother and Wright recently had an argument that pushed her brother over the edge.

"Last couple of days he talk to a couple different people in the family but we noticed something, we noticed, you can see it in him. He was hurting," says Young.

Still Young did not think that hurt would lead to a kidnapping.

Meridy had a criminal past and was incarcerated two times for various crimes ranging from drug charges to criminal sexual conduct.

When asked about her brother’s criminal past Young says he had worked to transform.

An incident triggered by something that ultimately only two people really know, one dead and one extremely shaken up.

"My mother, my sisters, my brothers, and our entire family we just want to know the truth," says Young.

The coroner in Grand Rapids says autopsy reports typically take 90 days. Once Meridy’s report is complete it will be sent to MSP.