Family of man killed at Halloween party speaks out 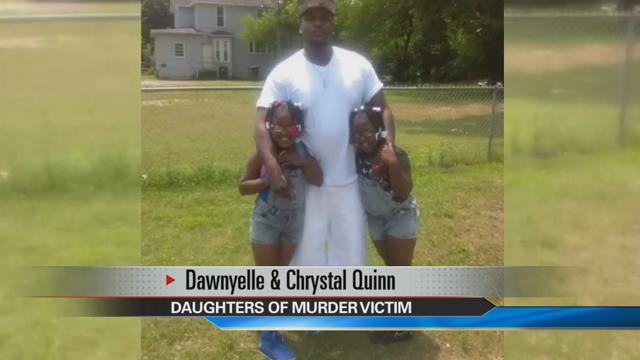 The family of the man killed after a Halloween party in Benton Harbor is speaking out. On Sunday police arrested 24-year-old Lozerik Boyd for the murder of James Quinn.

According to family, Boyd and Quinn are cousins. Quinn died in the parking lot of the "Jump Off" biker's club after being shot in the leg following an altercation. The club was rented out for a party.

Benton Harbor police said Boyd is also violating his parole through the Michigan Department of Corrections.

Jasmine Brown said her 5 and 7-year-old daughters will now have to grow up without a father.

Brown said, “He cared a big deal about all of his kids and his motive was to wake up, get his money, make sure his home is straight, and make sure his kids are straight.”

Brown said they referred to Quinn as "Pa" and she said they were best friends.

Brown said, “I thought with him being shot in his leg that he would pull through.”

Brown said her daughters Chrystal and and Dawnyelle resemble their father.

Brown said, “My mom called me back and told me that we lost him. I didn’t think it was going to be that.”

Brown said her daughters are having trouble understanding the concept of death.

Brown said, “My oldest was still texting his phone.”

The daughters said they are sad and miss their dad.

Dawnyelle Quinn said, "Instead of you fighting he actually pulled out a gun. But fighting is more better than guns because guns can hurt somebody. It can kill them too.”