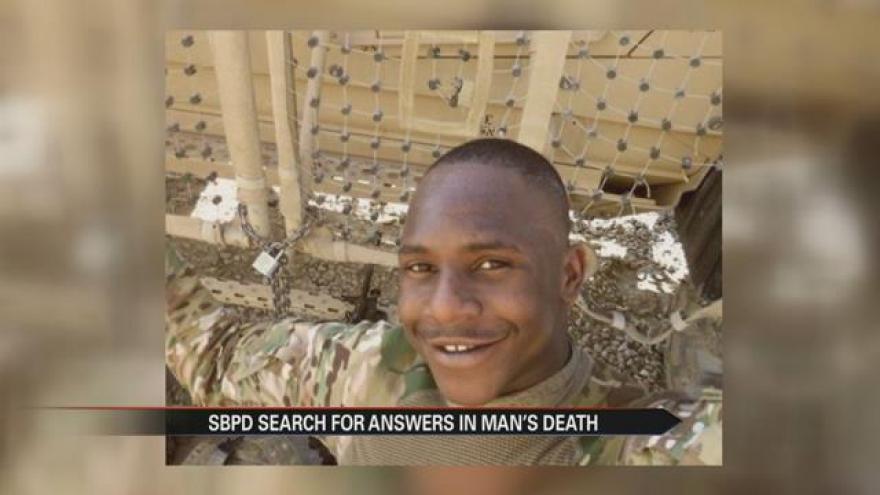 Family and friends gathered Friday to pay tribute to Jodie Henderson at a memorial service at Hahn Funeral Homes in Mishawaka.

To know 27-year-old Henderson was to know soldier, a best friend, and a brother.

“He was my brother, he was my friend. He was everybody’s friend," said Cam Enger, friend of 14 years.

“That’s my love, my life. A legacy, my brother. And justice will be served," said sister Deanna Forrest.

Saturday will mark one week since Henderson's unsolved murder.

Henderson was found dead on Sorin Street in South Bend.

The 2007 graduate of Mishawaka High School served in the Army.

“Jodie has been to Afghanistan and he made it... he served our country. He fought for you all who did this,," said Forrest.

No one has been arrested for what his family calls a hate crime.

But at Friday's memorial service hate was no where to be found.

Love for the man friends and family fondly call "Jodie, my Jodie."

Forrest says that's the way Henderson would have wanted it.

“Jodie would have told everybody don’t sit here and cry and mope. Celebrate me," said Forrest.

Jan Davenport is a close family friend and knew Henderson since he was a baby.

“He’s a very beautiful spirit, he’s beautiful inside and out. It’s a huge loss it really is,” said Davenport.

“He was always funny. He always lit up the room when he walked in. Everybody was always happy to see him. He was just a good person,” said family friend Megan Treber.

“It was a joy to have met him and known him for so long," said Enger.

Although Friday's service was deemed a celebration of life, it only reinforced the family's need for justice.

“Seeing my brother today brought a lot, a lot of hurt. You have took a wonderful person. I don’t know how many times I can say that but please believe that my brother and all of this that you see out here—he was love," said Forrest.

If you have any information on the crime, you're urged to contact CrimeStoppers.

Henderson’s funeral will be held Saturday at 5 p.m. at Hahn Funeral Home, located at 505 West 8th St. in Mishawaka.