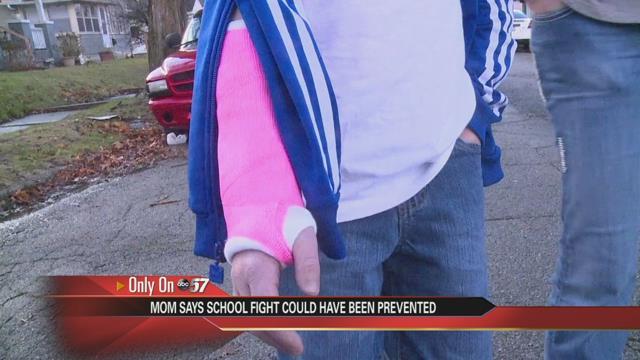 A South Bend family is pleading for a stop to bullying in area schools after their sixth grader suffered a broken arm.
He says it happened at Edison Intermediate after being pushed by another student.

The South Bend School Corporation confirms that an incident happened Friday, December 11 in the hallways, but they couldn’t expand further.
But that family says it ended with a broken arm for a 12-year-old who wants to remain anonymous out of fear.

His mother tells ABC 57 that this all could have been avoided if the school had a tougher stance on bullying. Her sixth grader says he was hit in the back of the head, then knocked down. The school says it can’t release any further info. But the mom says she's been told the alleged student attacker received a three day in-school suspension. She doesn't believe that's tough enough. And now she's worried that the learning environment isn't a safe one.

"For a little boy to have to endure this and then go back to school with someone that's already assaulted him.. That's very scary," said Michelle Grutzias, the boy's mother. "I think it's sad for the other kids too."

So far she says they are still weighing their options and waiting on a school board decision to pay for the medical bills.

ABC 57 reached out to Edison Intermediate. They declined to comment. The school corporation says the situation has been investigated thoroughly with personnel.