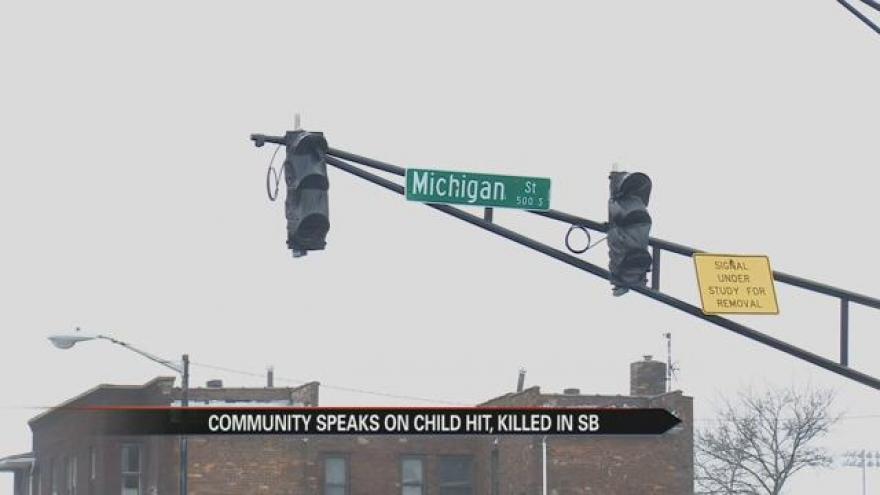 After the death of 11-year-old Tristian Moore, who was hit by a car while walking across Michigan Street on Monday, several city leaders are looking into the recent traffic changes.

The 5th grader was crossing the road with his 8-year-old brother near the South Street intersection. Police say they were headed to the Transpo station to take the bus to school when a 54-year-old man driving a pickup truck hit Tristian. He was pronounced dead at the hospital.

At Monday’s City Council meeting, several people who live nearby told the council they worry the new traffic changes to the area could be to blame.

The city deactivated the signals, including the crosswalk signals in the area Tristian was hit.

“It should have never been removed, unfortunately a life has been lost and unfortunately it was a child,” said Charles Smith, who saw the aftermath of the accident on his morning commute to work.

In a statement released Monday afternoon, a city representative says Mayor Pete Buttigieg is going to be looking in to the conditions of the intersection.

“A number of community advocates had a lot of concerns about that light being out. It’s really unfortunate that our concerns are underscored now by what happened today. We certainly send condolences to the family and I think it’s a time for us to come together and find out what’s going on with that study and maybe that move forward so we are working in the best interests of the safety of everyone in this community,” said Williams-Preston.