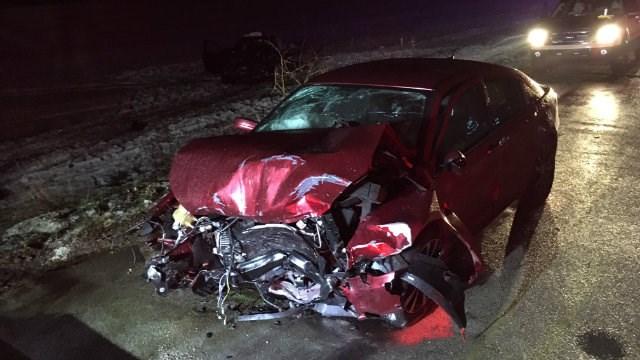 Kosciusko County officials are investigating the crash, which happened at the intersection of County Road 1200 North and Syracuse/Webster Road. The county Sheriff's Department as well as Syracuse Police, fire and EMS responded to a 9-1-1 call for a two vehicle crash, just after 6PM on December 25.

Upon arriving at the scene, deputies discovered two passengers who has been killed on impact. The other three injured passengers were transported to Fort Wayne hospitals, with one in critical condition.

According to the Kosciusko County Sheriff's Dept, preliminary investigations determine that the crash was the result of one car "racing in the wrong lane of traffic prior to the collision."

The scene is still being actively investigated, and the named of the victims have not yet been released. ABC 57 will continue to provide updates information on the situation.