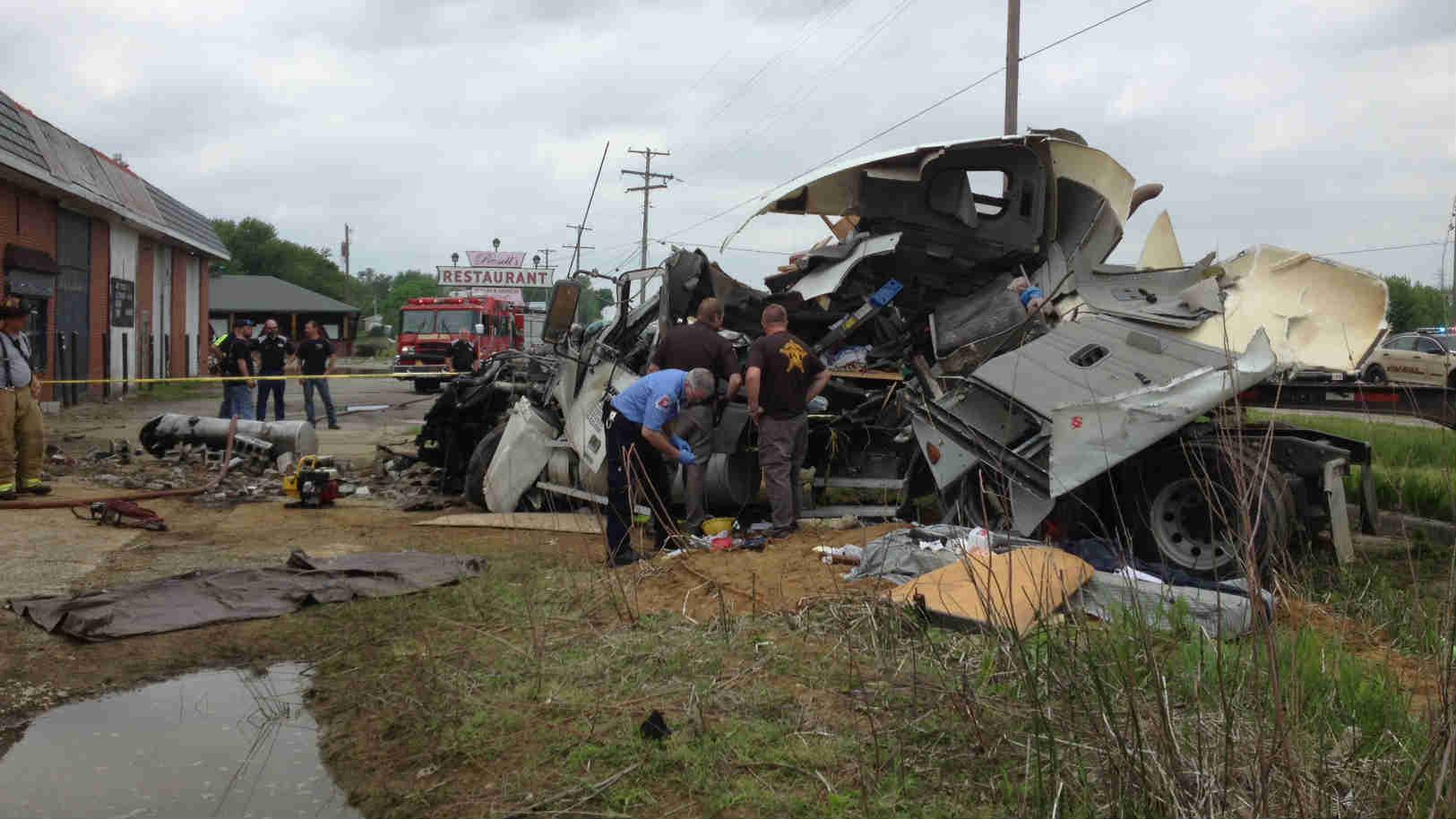 One person is dead after a tractor-trailer crash in Kosciusko County Friday.

According to the Kosciusko County Sheriff's Department, police responded to a single vehicle accident at approximately 12:23 p.m.

Upon arrival, police found a semi tractor-trailer had crashed into a vacant business on U.S. 30, east of State Road 13.

The driver of the vehicle was found deceased inside the wreckage. The driver's name has not been released as of yet.

A small dog was found alive in the wreckage, and was taken by the Kosciusko County Animal Control for safe keeping.

Multiple fire departments arrived on scene to assist, and determined it would be safest to remove the vehicle from the building before attempting to extricate the victim.

The Kosciusko County F.A.C.T. team determined in early investigations that the semi was traveling westbound on U.S. 30 when it crossed over the median and eastbound lanes and struck the vacant business.

It is unknown at this time why the vehicle crossed to the opposite side of the road and crashed.

This crash is still under investigation at this time.