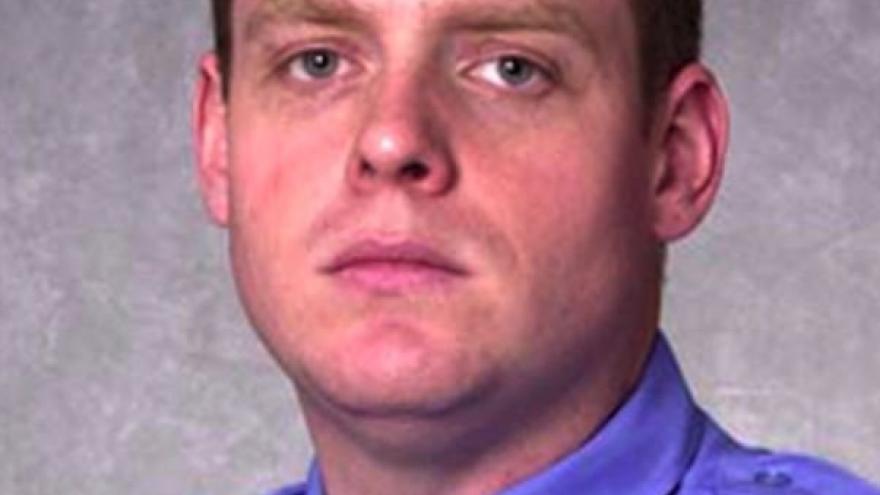 (CNN) -- They were father and son. They were first responders on September 11, 2001, and now, their recent deaths are being tied to their heroism on that horrific day, more than 15 years later.

Robert Alexander, 43, died this week of cancer related to his service at the World Trade Center site after the 9/11 attacks, according to a statement released Wednesday by the Uniformed Firefighters Association.

His death follows that of his father, Raymond Alexander, who about nine months ago died of cancers also tied to ground zero, said Ginger Alexander.

Ginger, the mother of Robert and wife of Raymond, spoke proudly of the men in her family, pointing out that "Robert is a third-generation fireman. His grandfather, his father and him -- 80 years (of service) all together."

When the towers fell

Ginger didn't think it was real when she first heard the news while picking up her tea and bagel at a local coffee shop that September morning in 2001.

"The fellow that owned the shop, I knew him, and he said, 'Ginger, Ginger, get over here! Look at this!' And I said, 'Oh, that's just a 'War of the Worlds' like that guy back in the '30s," she said, referencing when Orson Welles accidentally fooled the public with a radio broadcast.

Then, as she watched the first tower collapse after two airliners crashed into the World Trade Center buildings, her heart dropped. It was real.

Ginger rushed to her part-time job at a local museum, told her colleagues that she wasn't staying and drove home, she said. Then, she immediately called her husband, Raymond, a New York City firefighter at the time, and her son Robert, then a New York Police Department officer.

"Around 3 o'clock, Ray called and said he and Robert had touched bases," she said, adding that she spent the rest of the afternoon answering phone calls from family members to reassure them that Raymond and Robert were safe.

Once Raymond and Robert returned from ground zero, the Alexander family thought the horrors of 9/11 were behind them.

About a year later, Robert left the police force and became a firefighter, serving as a marine engineer with the Fire Department of the City of New York, Ginger said.

But in 2003, Raymond fell ill, Ginger said, and their lives were forever changed.

"We were totally devastated, my husband and I. He and Robert were particularly close, because they had so much in common," Ginger said.

In November, Raymond died at the age of 76. Now, Robert has died, leaving behind Ginger and his older brother, Raymond Alexander Jr., she said.

One of Ginger's recent favorite memories of Robert came in March.

"We spent three weeks in Germany visiting family, and I'm so grateful I had that time with him," Ginger said, adding, "He was starting to stumble a bit while we were there, and when we got home, it started his downhill slide."

In the past few months, her son's health worsened, and he had to use a wheelchair, Ginger said. Robert, an avid dog lover, had a 1-year-old Vizsla puppy who seemed to have difficulty recognizing Robert as his health waned.

"So we'd pick her up and put her in Robert's lap, and as soon as she was that close to him, she'd snuggle into his waist area and take a nap. He loved that dog," Ginger said, adding that her son "was a wonderful baby, a terrific teenager and just a humble human being as an adult. He worked behind the scenes all the time. He was there all the time for everybody."

Raymond and Robert represent the first father and son pair to die from 9/11-related illnesses years after the towers fell, said Gerard Fitzgerald, president of the Uniformed Firefighters Association.

The Alexander family and the association said that the men's cancers were tied to the ash, debris and carcinogens that filled the air while they responded to the World Trade Center attacks and aftermath.

"We had firefighters show symptoms very early after 9/11 in age groups that they shouldn't have been showing symptoms for different diseases, specifically cancer," Fitzgerald said.

"The impact of 9/11 is not over, and it doesn't seem like it's going to be over for a long, long time," he said. "I can't imagine how the Alexander family feels, but I would hope that the entire country will keep them in their prayers and remember what happened on that terrible day and what continues to go on here in New York."

The Centers for Disease Control and Prevention's World Trade Center Health Program provides medical monitoring and treatment for emergency responders, workers and volunteers who helped in rescue and recovery after the 9/11 attacks.

The program also provides health evaluations and treatment for people who were in the disaster area. Research suggests that some cancers may be tied to exposures from the 9/11 attacks, according to the World Trade Center Health Program.

The CDC said in an emailed statement that as of June 30, 7,139 people enrolled in the program were certified with at least one type of cancer covered by the program.

Among those, 6,028 were responders. The top certified cancers among responders included non-melanoma skin, prostate, melanoma, lymphoma and thyroid.

In a separate case, New York City firefighter Ray Pfeifer died in May of brain and lung cancer thought to be related to his service at the 9/11 disaster site.

Pfeifer spent years lobbying for health benefits, through the Zadroga Bill and the World Trade Center Health Program, for those who survived the attacks.

The James Zadroga 9/11 Health and Compensation Reauthorization Act extends compensation and services to those who suffered direct harm from the attacks.

Zadroga was a New York Police Department detective who died of a respiratory disease found to be related to rescue and recovery operations at the World Trade Center.

Even while battling his cancer, Robert Alexander frequently spoke out in support of the Zadroga act. He traveled to Washington and participated in rallies and events during its reauthorization, according to the Uniformed Firefighters Association.