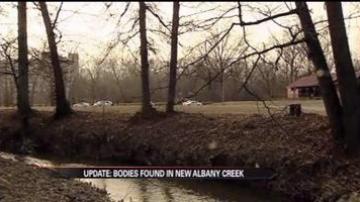 NEW ALBANY, Ind. — A New Albany man is speaking out about the deaths of his wife and two kids. Police found their bodies in a creek last week.

Michael Clutter said he does not believe his wife could have killed their children or herself. And he does not understand how or why they were killed.

"I cannot think of any enemies what so ever that any one of us could have ever had to let a tragedy like this happen," said Clutter. "I would give away everything that I have to have them back."

Along with his wife, Clutter lost a 10-year-old son and a 6-month-old baby girl.