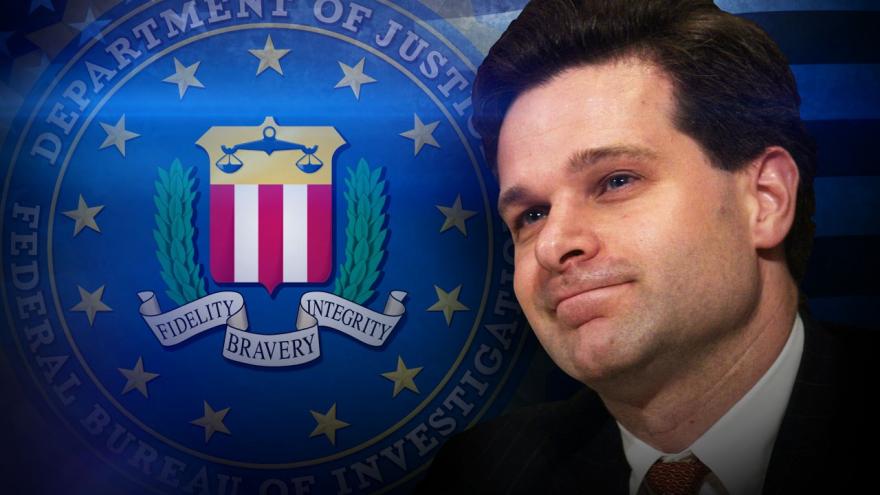 (CNN) -- FBI Director Christopher Wray continued to fend off questions over a controversial bureau report that linked black extremists to violence against police officers, this time at a House hearing Thursday.

His public explanation of the internal intelligence assessment on "Black Identity Extremists" followed a nearly two-hour meeting with lawmakers from the Congressional Black Caucus one day earlier. Criticism has grown for weeks from members of Congress and activist groups after the document was first published by the news organization Foreign Policy in October.

Speaking after the meeting Wednesday CBC Chairman Cedric Richmond said the discussion with Wray was like a "breath of fresh air" and said the director understood their outrage with the report.

"He owns it and he understands our frustration with it and our outright challenge of its accuracy and whether it's useful at all," Richmond said.

The 12-page intelligence assessment produced in August details influences behind a series of attacks it labels as perpetrated by black identity extremists. The grouping is one of nine movements investigated by the FBI's domestic terrorism program -- alongside white supremacy, anarchist and anti-abortion movements -- and is comprised of individuals who use violence in response to "perceived racism and injustice in American society," the agency says.

The report says it found that after the shooting of Michael Brown in 2014, it was "very likely" that "Black Identity Extremist perceptions of police brutality against African Americans spurred an increase in premeditated, retaliatory lethal violence against law enforcement."

Six total cases of so-called black identity extremist attackers are identified from the years that followed, including the sniper who killed five police officers in downtown Dallas in July of last year, and the man who ambushed and killed three police officers the week after in Baton Rouge, Louisiana.

A law enforcement official confirmed the authenticity of the report to CNN. Agency officials have testified that the FBI has around 1,000 pending domestic terrorism investigations.

Rep. Karen Bass, a caucus member who represents parts of Los Angeles, questioned the methodology of the report and said Wray had promised to get back to the group on some of the origins of its assessment.

"How did they even come up with the term black identity extremist?" Bass asked. "We reject the entire notion of that and will not stand for a whole new generation of people exercising their first amendment rights to protest police brutality to have to go through what generations went through in the '70s and in the '80s."

Rep. Elijiah Cummings said the report would have a "chilling effect" on groups like Black Lives Matter and called for it to be pulled.

Testifying before the House Homeland Security Committee on Thursday, Wray called the meeting with the CBC "candid and constructive" and sought to put the report in context.

"I can assure you and the rest of the American people that we do not investigate people for rhetoric, for ideology, for First Amendment expression, for association," Wray said.

"When there's credible evidence of a federal crime involving the credible threat of force or violence to further a political or social goal, that's our focus," he said.