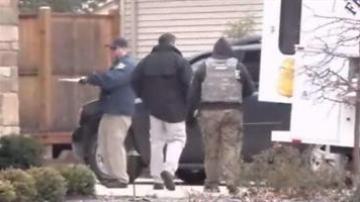 His brother, Michael, owns one of the homes. Authorities were seen removing boxes from Fabini's garage.

The FBI would not get specific, but said the raids were part of a large operation.

Fabini released a statement saying he is not the target of the investigation and is not involved in any criminal activity.