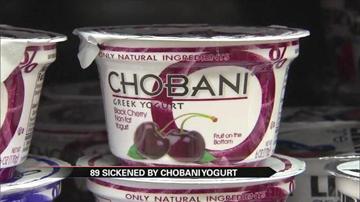 WASHINGTON, D.C. — The FDA reports at least 89 people say they became sick after eating Chobani Greek-style yogurt. The agency says those reports have not been confirmed.

The company that makes Chobani voluntarily recalled some yogurts after customer complaints about swollen or bloated packages.

Officials released a statement saying its investigation revealed a type of mold commonly found in the dairy environment.

The voluntary recall information can be found on the FDA's website.