FDA strengthens warning against codeine and tramadol for children 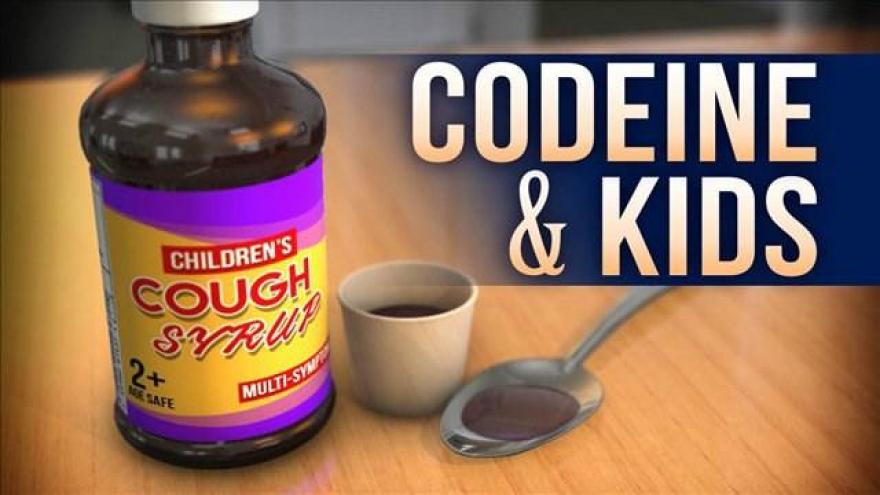 (CNN) -- The Food and Drug Administration says medications containing codeine or tramadol should not be given to children, and warns that these drugs could cause serious risks including difficulty breathing and death.

The FDA did not restrict over-the-counter medications containing codeine, such as flu and cold medications or cough syrups, which are available in some states without a prescription. The agency does recommend patients talk to their doctor before using these.

"These medications carry serious risks, including slowed or difficult breathing and death, which appear to be a greater risk in children younger than 12 years, and should not be used in these children," the FDA said in a statement released on Thursday.

Codeine is an opioid prescribed for pain relief but is also combined with other medications, such as cough and cold medicines. The American Academy of Pediatrics has recommended against prescribing codeine to children since 1997.

A 2012 review of pediatric deaths linked to codeine use resulted in an FDA boxed warning restricting its use in children younger than 18 years to treat pain after surgery to remove tonsils and adenoids. In 2016, the FDA further investigated all reports of adverse events, including 24 deaths, linked to codeine-containing medicines in children younger than 18 years of age.

In Thursday's announcement, the FDA said, "Watch closely for signs of breathing problems in a child of any age who is taking these medicines or in infants exposed to codeine or tramadol through breastmilk. These signs include slow or shallow breathing, difficulty or noisy breathing, confusion, more than usual sleepiness, trouble breastfeeding, or limpness. If you notice any of these signs, stop giving the medicine and seek medical attention immediately by going to an emergency room or calling 911."

Unlike adults, some children don't metabolize the drug, which prompts adults to give a higher dose in order for the medication to be effective. Others might metabolize codeine or tramadol too quickly. Both scenarios are risky and can lead to overdose.

Dr. Thomas Green, co-author of the American Academy of Pediatrics report advising against codeine use, said these prescriptions, "are just very risky, especially for kids." More specifically, he said, "I think most people know that narcotics, in general, can cause respiratory depression and we are all familiar with cases where morphine, heroin or fentanyl overdoses can stop breathing and cause death."

Atlanta pediatrician Dr. Maia Walton said she rarely prescribes opioid pain medications to her patients. In severe cases where relief is not found with over the counter medications, such as Tylenol or ibuprofen, Walton refers patients to a pain specialist who can closely monitor the use of a stronger medication.

Additionally, Walton strongly cautions against the use of these medications in pregnant and breastfeeding mothers. According to a 2008 study, breastfeeding while on opioid medication can increase life-threatening risks to breastfed infants. "There's a lot of concern about pain management in patients post vaginal and c-section delivery. But doctors also have to take into consideration the second patient, the newborn who is breastfeeding," said Walton.