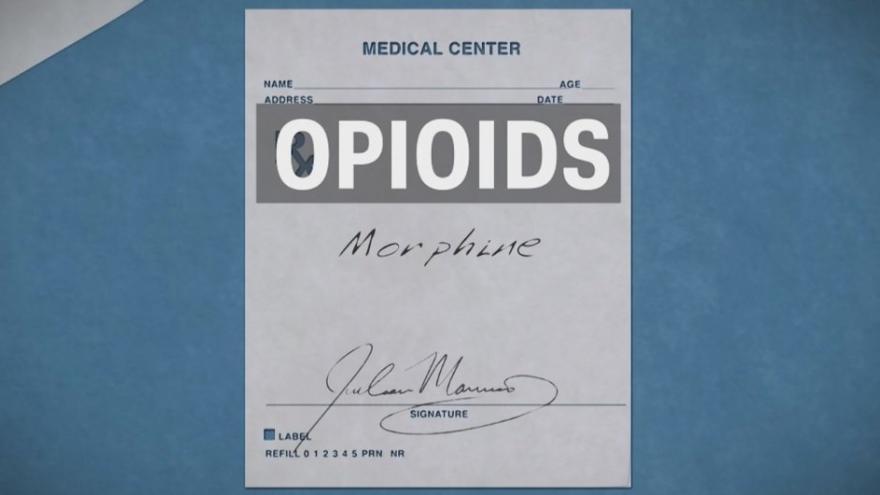 (CNN) -- To help curb the nation's opioid overdose epidemic, US Food and Drug Administration Commissioner Scott Gottlieb announced, the agency will expand its requirements for prescription opioid manufacturers to provide prescriber training to clinicians, including nurses and pharmacists as well as physicians.

The FDA's blueprint for training will also be updated, Gottlieb said, to include not only how to assess and manage patients for treatment with opioids but also information on non-opioid therapies for pain.

Although manufacturers must provide the education, there is no mandate on physicians to take the training.

According to the FDA, about 90% of all opioid prescriptions in the United States are written for short-acting formulations, which are mostly combinations of acetaminophen and opioids such as morphine, oxycodone or hydrocodone.

"America is simply awash in immediate-release opioid products," Gottlieb said. "Many people who become addicted to opioids will eventually move on to seek higher-dose formulations of these drugs or illicit street drugs, which are increasingly the low-cost alternatives."

Gottlieb made the announcement Monday as part of his agency's two-day public meeting about abuse-deterrent opioids. These versions of painkillers are designed to be more difficult to abuse through crushing and snorting or injecting. However, there is concern that when they are called abuse-deterrent, clinicians are more comfortable prescribing them and potentially overlooking their abuse potential.

"We don't want to improperly convey a perception that a product that's resistant to manipulation and abuse is somehow also less prone to fueling addiction when that's simply not true," Gottlieb said.

Drug overdoses, most of them from opioids -- including prescription drugs as well as street drugs like heroin and illicit fentanyl -- are the leading cause of accidental death in the United States, killing more people than guns or car accidents.

In 2015, more than 33,000 Americans died from opioid overdoses, the Centers for Disease Control and Prevention says, and half of those deaths involved prescription drugs. Since 1999, the number of overdose deaths has quadrupled, as has the amount of prescription opioids sold in the United States. In 2014, nearly 2 million Americans abused or were dependent on prescription drugs.

The opioid epidemic has been a priority for the FDA under Gottlieb. In May, the agency held a workshop to look at whether physicians should be required to have opioid prescriber training. The move has been met with opposition from many physician groups such as the American Medical Association and the American Academy of Family Physicians, which say that mandated training is too much of a "one-size-fits-all" approach.

The groups say it's more important to focus on what areas of education each individual prescriber may need, depending on their medical specialty.

In June, the FDA recommended that Endo Pharmaceuticals pull its long-acting painkiller Opana ER off the market. It was the first time that the FDA had requested that an opioid pain medication be pulled from the shelves because of "the public health consequences of abuse."

Last week, the manufacturer announced that it would withdraw the product, although it continued "to believe in the safety, efficacy, and favorable benefit-risk profile." Opana ER was found to be the drug of choice for many addicts at the center of Indiana's HIV outbreak in 2015.