Fed indicates it will slow down rate hikes in 2019 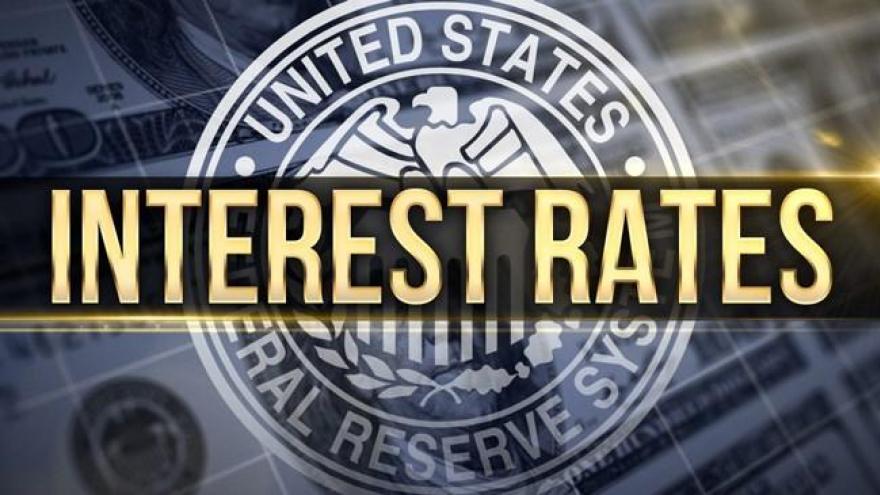 (CNN) -- The Federal Reserve sent another clear signal Wednesday that it won't be moving quickly to raise interest rates in 2019.

Despite earlier commitments to steadily lift rates above their historic lows, discussions among policymakers at their last meeting in December showed growing wariness amid signs of a weakening global economy, according to minutes of the Fed's December meeting.

Members of the bank's interest rate-setting committee judged the "the appropriate extent and timing of future policy firming [is] less clear than earlier," amid a host of economic uncertainties, according to the minutes.

The US economy remains healthy,producing one of the strongest months of job gains in the last decade in December as employers added 312,000 jobs. But market volatility has increased, with investors concerned about softening in Asia because of President Donald Trump's trade war and continued instability in Washington. Trump and congressional Democrats have been unable to move toward a resolution of the government shutdown.

Although Fed officials repeated their credo that the path of interest rates isn't on a "preset course," they notably added that "neither the pace nor the ultimate endpoint of future rate increases was known."

The Fed has so far penciled in two rate hikes in 2019, but Chairman Jerome Powell said in remarks in Atlanta last Friday that the central bank is ready to change course "significantly if necessary."

In recent months, the US central bank has emphasized decisions on future rate hikes would depend on incoming data on the economy -- a point policymakers echoed during their December meeting by suggesting they would change their policy outlook if they saw financial conditions tighten further or possible risks to financial stability.

"The committee could afford to be patient about future policy firming," the Fed noted in its minutes as the stock market stays volatile, economic growth weakens and inflation concerns remain muted.

One unexpected twist that may affect the Fed's ability to gauge the economy is the shutdown, which will limit the data coming in from the Commerce Department. The central bank uses a number of metrics to assess the health of the US economy both from the private and public sector.

"While having the full complement of government data available would be beneficial, the Federal Reserve's staff assessment of economic conditions takes into account a wide range of information from government and private-sector sources, as well as readings on financial and international developments, and staff continue to provide a detailed economic picture for policymakers," a Fed spokesman told CNN.

Several participants of the Federal Open Market Committee, the Fed's policy-setting body, noted at the December meeting that it was critical for the Fed to determine how risks to the economy might unfold and to what extent they would affect the economy.

The Fed raised rates for the fourth time in 2018 at the meeting. Central bankers unanimously agreed to lift the federal funds rate, which influences the cost of mortgages, credit cards and other borrowing, to a range of 2.25% to 2.5%.

A few participants at the December meeting favored keeping rates steady with no signs of inflation picking up, arguing that the Fed had "some latitude to wait and see how the data would develop amid the recent rise in financial market volatility and increased uncertainty about the global economic growth outlook.

At a press conference following the rate decision, Powell spoke directly to the number of uncertainties facing the Fed.

"What kind of year will 2019 be? We know that the economy may not be as kind to our forecasts next year as it was this year. History attests that unforeseen events as the year unfolds may buffet the economy and call for more than a slight change from policy projections released today."

Powell echoed a similar message onstage at the American Economic Association last Friday, saying "With the muted inflation readings that we've seen coming in, we will be patient as we watch to see how the economy evolves."

Fed officials have begun in recent months to debate how to communicate to the public a shift toward a more "data-dependent" approach. Some officials suggested it might be appropriate in future meetings to remove forward guidance entirely, according to the minutes.