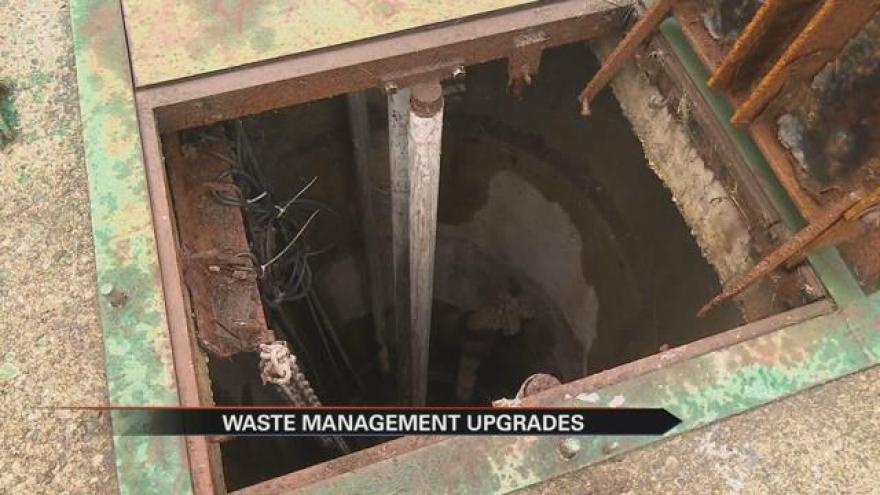 Nearly $1.5 million in federal loan and grant money is heading to Cassopolis to update a system often taken for granted.

“[It was] a significant collaboration amongst a lot of different people, especially to get it done several months ahead of schedule,” Cassopolis Village Manager Emilie Sarratore said.

About two years ago, the village applied for a United States Department of Agriculture (USDA) rural grant and loan to do wastewater improvements.

“By being able to close last week, we saved the village approximately $180,000 in interest,” Sarratore said.

The village signed on the dotted line last week to receive $814,000 in loan money and $666,000 in grant money from the USDA for wastewater upgrades.

“We have 11 lift stations here in the village, and this project will upgrade seven of them,” Sarratore said.

What exactly does a lift station do?

“Sewer water runs downhill and collects here,” Cassopolis DPW Superintendent Benjamin Anderson said, referencing one of the lift stations. “This [well] is about 20 feet deep. And there’s a couple pumps down in there that pump it back up so that gravity can move it further to the treatment center.”

But Anderson said many of the village’s lift stations were built decades ago.

“You can see the gases created by the sewage have eaten all the steel,” he said, pointing into one well.

The money will go toward improving and replacing the outdated, and often crumbling, lift systems.

They’ll be replaced by more technically advanced ones.

“This is the brand new, state-of-the-art panel that we are moving to,” Anderson said, referencing an electric panel built into a new system.

It’s a technological upgrade for a deal.

Sarratore said the village saved taxpayers that $180,000 by closing on the loan and grant months early – before the New Year – which was before the interest rate jumped from nearly 1.9-percent to 2.75-percent.

“It was the lowest it had been in 40 years,” Sarratore said. “So we kind of rallied everyone on the team together and said we need to get this done before the end of the year.”

They did. And the deal is now closed.

Construction is set to begin around March and all the upgrades should be completed by the end of 2017.

Sarratore said taxpayers will only see a ‘slight increase’ in their bills as the village works to pay off the loan and interest over the next 40 years. But she said it’ll be worth it because they’ll no longer be paying for hundreds of thousands in repairs for the old systems.

Anderson said the upgrades also help the village continue to be environmentally friendly by properly transporting its wastewater.