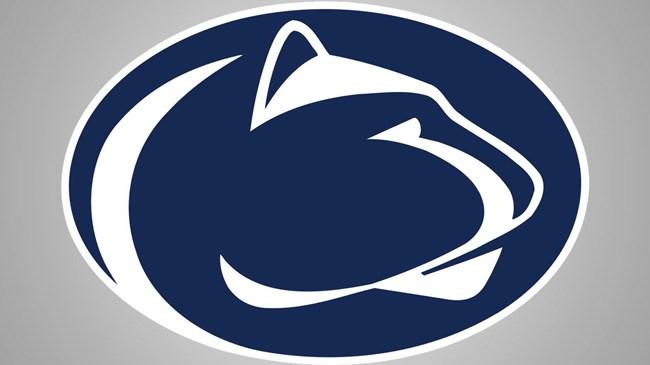 (CNN) -- The US Department of Education has fined Penn State University $2.4 million -- the largest fine ever imposed for violating a law that requires universities to report crime on campuses -- in the wake of the Jerry Sandusky case.

The Department of Education announced its findings Thursday in a report about the university's compliance with the Clery Act, pointing out in a statement that the fine was the largest ever levied under the law.

The investigation by the department's Office of Federal Student Aid began shortly after former Penn State defensive coordinator Sandusky was charged with being a serial pedophile and prosecutors said many of the crimes occurred on Penn State's campus.

"Penn State's failure to act, despite possessing sufficient evidence about the danger Sandusky posed denied many of the opportunity to be informed about serious threats to the health and safety of campus community members," says the report, which was issued almost exactly five years after Sandusky's arrest,.

"Penn State deprived students and employees as well as the parents and guardians of an estimated 20,000 children participating in youth camps at Penn State every year and the many thousands more attending concerts, sporting events, and other activities on the campus of critical safety information involving a dangerous situation existing on the Penn State campus," the report continued.

Penn State officials responded to the findings Thursday, saying "regrettably we cannot change the past," and noting that the university complied fully with the investigation.

"The review is focused on past incidents, policies and procedures from 1998-2011. We have just received the report today and are in the process of conducting a thorough review so that we may better understand its findings. We will comment further when our thorough evaluation of the department's 239-page report has been completed."

Three Penn State officials, including the former president, athletic director and vice president in charge of campus safety, have all been charged with crimes related to failing to report allegations made against Sandusky in 1998 and in 2001. They maintain their innocence and are awaiting trial.

"As early as 1998, senior University officials were well aware of the potential threats posed by Sandusky's continuing presence on the campus," the report says. Instead, Sandusky was allowed to retire with a "highly unusual" lump sum payout, and given continued access to the university's facilities, it says.

"The empowerment and opportunity afforded to Sandusky by his connection to Penn State to predate young boys cannot be overstated," the report says.

The Clery Act was established in 1990, four years after Lehigh University student Jeanne Clery was murdered on campus. It says that universities must annually report crime on campus.

But Penn State violated nearly every aspect of the law, the report says, and details numerous other athletic-related disciplinary cases that were not handled properly, citing statistics that show a disproportionate amount of crimes at Penn State committed by athletes, and alleging a response by officials that was inadequate.

"This pattern of noncompliance indicates a severe administrative impairment," the report says, calling into question "the University's ability and willingness" to adhere to other federal rules, such as federal student aid programs.

The $2.4 million fine is seven times larger than the biggest fine previously doled out by the Department of Education for a Clery violation. Prior to this, Eastern Michigan University had been fined $350,000 in 2008 for the death of Laura Dickerson. An investigation by the department found that the university lied to Dickerson's parents about her murder.

Penn State did not yet have a comment or response to the report or the fine.

Sandusky was convicted in 2012 of sexually abusing 10 boys, many of them in Penn State's locker rooms. Just last week, a former assistant football coach, Mike McQueary, who witnessed one of those assaults and reported it to Penn State officials, won a $7.3 million verdict in his civil case against the university.

Sandusky is appealing his conviction and maintains his innocence.

Some Penn State athletes felt rules did not apply to them

The five-year investigation was the most intensive probe in the Clert Act's history, according to The Clery Center for Security on Campus.

In addition to the Sandusky findings, the report found that student athletes at Penn State were responsible for a disproportionately high percentage of the crime on campus, saying that student conduct officials noted "a discernible sense among some athletes that the rules did not apply to them equally."

It goes on to detail the allegations, naming cases that were allegedly mishandled.

"Athletes were also cited for sexual assault at a higher rate than the general population accounting for 50% of sexual assault charges in 2002-2003 and 20% of those offenses in 2004-2005," the report said. "A similar pattern was observed for charges of disorderly conduct and alcohol-related offenses during this period."

It also focused specifically on the football team.

"In most years through 2010-2011, the football team also had the most drug and alcohol citations of any Penn State sports program," the report says.

"Too frequently, certain student groups are singled out as being responsible for a disproportionate share of campus crime without any substantial evidence to support the accusation. That was not the case here as documented by the University itself."

The report specifically names long-time head coach Joe Paterno, whose legacy has become a passionately-debated and explosive topic in the last five years. Paterno was fired after Sandusky's arrest, and then died of cancer a few weeks later.

"Our investigation indicates that some of the problems between student conduct officials and the football program date back to a period where most of the disciplinary decisions involving football players were made by the coaching staff, primarily by long-time head coach, Joe Paterno," the report says. "To be clear, our investigation did not specifically find that Mr. Paterno interfered generally in police investigations or routinely gave football players a "pass" for bad behavior. By all accounts, Paterno was regarded as a disciplinarian throughout most of his tenure. It is also true, however, that as the University took steps to enhance and formalize its student disciplinary processes, Paterno repeatedly resisted attempts to have these measures applied to his program."