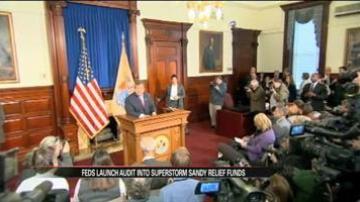 The federal government has launched an audit into New Jersey's governor's use of superstorm Sandy relief funds.

A focus of the investigation into Chris Christie is a television commercial which was part of a $25-million marketing campaign that was meant to bring tourism back to the shore after the storm.

Christie's camp apparently paid millions more for the ad over another company that offered to do the same thing.

"None of our creative featured the governor. Our strategy was to let the Jersey shore speak for itself," said Shannon Morris, President of Sigma Group.

Christie's office said the contract went to the best bidder and the audit comes as the governor's camp is under fire for shutting down lanes of the Washington Bridge as possible political payback.