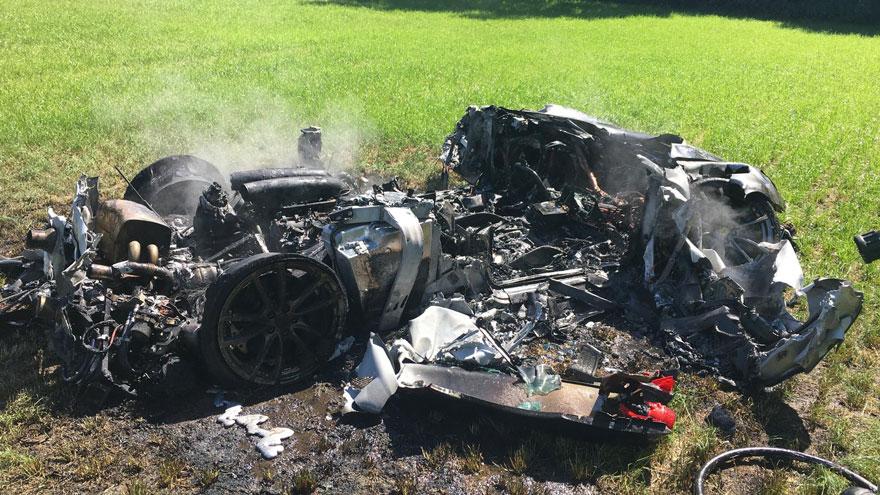 (CNN) -- A driver watched his newly-bought Ferrari 430 Scuderia go up in smoke after he crashed the supercar just an hour after collecting it.

The luxury motor veered off a highway and "burst into flames," according to a Facebook post by South Yorkshire Police.

Photographs of the incident's aftermath show the burned-out remains of the car smoldering on grass.

South Yorkshire Police say they were surprised to see that the driver had escaped the blaze mostly unharmed, adding that he was "very lucky" to walk away from the crash with only "minor cuts and bruises".

"Officers asked the driver what sort of car he 'had', to which he replied, 'It was a Ferrari,'" police said.

"Detecting a sense of damaged pride, he then said 'I've only just got it, picked it up an hour ago,'" they explained.

According to Ferrari's website, F1 racing legend Michael Schumacher "spent a lot of time testing the 430 Scuderia when it was being developed."

Although the Italian luxury cars are renowned for being fast, South Yorkshire Police said the crash was not thought to have been caused by speeding.