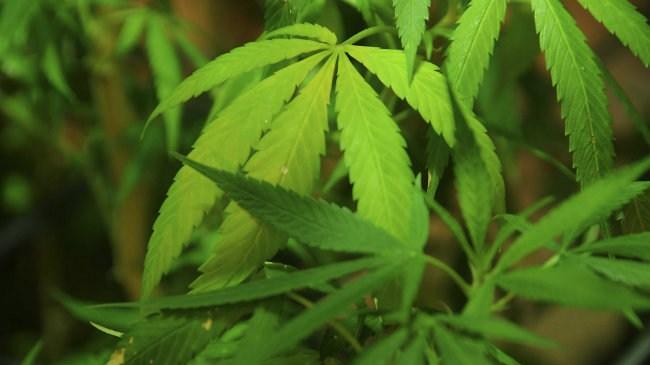 (CNN) -- Emergency room visits related to the use of synthetic marijuana may be down this month in New York City, despite 130 people being hospitalized in just three days earlier this week, health officials said.

"While this week's increase is concerning, it is still a small fraction of the approximately 1,200 cases we saw a year ago," Christopher R. Miller, press secretary for the New York City Department of Health and Mental Hygiene, said in an email.

Originally, synthetic cannabinoids were developed by researchers over the past 30 years to investigate the cannabinoid system. The Drug Enforcement Administration reports the first illicit use of the compounds in November 2008.

Today, the drug is sold as a brightly packaged mix of herbs or spices laced with chemicals similar to THC, the psychoactive ingredient in marijuana. Manufacturers constantly change the chemicals in these products in order to keep one step ahead of the law. Still, the DEA has classified some of these chemicals as Schedule I substances, which means they have a high potential for abuse.

Synthetic cannabinoids, which look like potpourri, are usually referred to as "K2," "spice" or "legal weed." In the city, brand names include "Geeked Up," "Smacked," "Scooby Snax," "Green Giant," "Ice Dragon," "AK-47" and "Kick."

Overall, more than 8,000 hospitalizations related to K2 have occurred in New York City since January 2015, according to the Bureau of Alcohol and Drug Use Prevention, Care and Treatment. The overwhelming majority of the patients are men. Nearly all the patients are 18 or older with a median age of 37.

Early data indicate 10 deaths have occurred in the city as a result of K2 use in 2015 alone. Nine involved multiple substances, such as alcohol or heroin, combined with the synthetic pot .

While symptoms vary, patients fall into two general categories, according to the city health department. Some patients appear sluggish and have symptoms similar to an opioid overdose, including confusion, respiratory depression, vomiting, seizure, loss of consciousness or unresponsiveness. Other patients appear highly agitated, with symptoms that include elevated heart rate, hallucinations, aggressive behavior, paranoia or psychosis.

More people appear sluggish than agitated, according to health authorities. No antidote is available but the health department says that in most cases, the symptoms pass quickly.

Last November, the city health department launched a public awareness campaign addressing the health risks associated with the use of K2.