Fights at On the River won't deter party goers 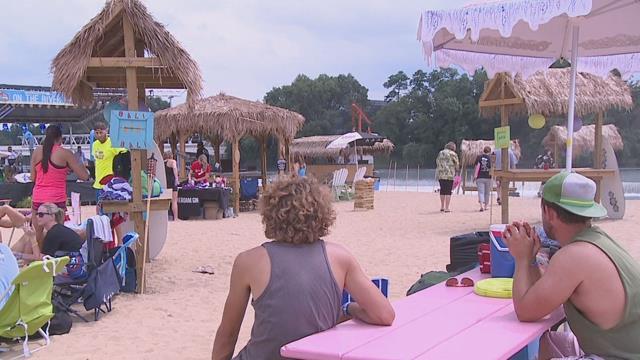 On Friday South Bend Police responded to multiple fights along the St. Joseph River around 10 p.m. at the annual On the River event.

Over 2,000 teens attended the event’s “Teen Night,” which had to be cut short by 45 minutes due to the incidents.

But Friday’s incident didn’t affect attendance for the final day of On the River.

Many attendees said Friday night’s incident was just a fluke.

“When we decided the shut the event down in the interest of public safety is when things got a little out of hand in the streets,” Aaron Perri, On the River Event Director.

Although no one was injured in the fights, witnesses say over 20 police officers were called to break up the fights.

“We’re a little disappointed that a few people had to ruin last night’s end but we’re ready to end on a high note tonight,” said Perri.

Many people at the event say that what happened on Friday doesn’t reflect what On the River stands for and it isn’t expected to affect attendance either.

“We’ll have another couple thousand people here throughout the day,” said Perri.

“When I got here, the last thing I felt was that it was dangerous. It’s a pretty peaceful environment I think,” Joshua Mullet.

Although this will be the final year of On the River the event organizers hope they will be able to pass the tiki torch to a younger generation of go-getters in South Bend.