Filmmaker's search for 'My Brother's Bomber' led to Lockerbie breakthrough 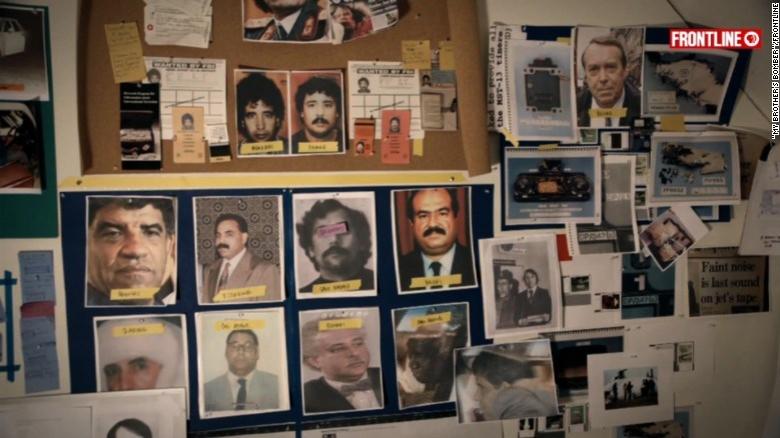 LONDON (CNN) -- When Scottish investigators announced last week that they had identified two suspects in the 1988 bombing of Pan Am 103 over Lockerbie, Scotland, many asked, 'Why now?'

The answer is a name: Ken Dornstein.

For nearly three decades, the filmmaker has been searching for answers in the Lockerbie case; his brother, David, was killed on the plane when Ken was just a teenager.

He has gotten those answers, he says, through years of investigation, three trips to Libya and many more around Europe and the United States, resulting in a three-part documentary, "My Brother's Bomber," for "Frontline, the PBS investigative series for which Dornstein works.

"One of the frustrating things about the case is that very little was established that few dispute. No one ever confessed," Dornstein told CNN's Fred Pleitgen on Monday.

Only one person was ever convicted for the bombing, Abdel Basset al-Megrahi, a Libyan man who was imprisoned in Scotland and later released, controversially, on humanitarian grounds, when it was revealed he had terminal cancer.

Dornstein knew that there was no way Megrahi would have been able to pull off the attack on his own.

It felt unresolved, he said.

"I think even the original investigators who worked on the case felt the sense of frustration that they had only been able to convict one person."

He narrowed his search to a handful of intelligence officials who had been in Libyan dictator Moammar Gadhafi's inner circle.

Some of them were well-known, like former intelligence chief Abdullah Senussi.

Others, like the technical expert who was thought to have helped make the bomb using Semtex plastic explosive, were almost a complete mystery.

It was that man -- Abu Agila Masud, who along with Senussi was identified by the Scots on Friday -- who would become Dornstein's obsession.

"I think of 'Moby Dick' and the white whale and the captain who was driven to get him." Dornstein said. "And Masud -- he was essentially my white whale."

Speaking with former American and Scottish investigators who had taken on the case more than 20 years ago, Dornstein realized that the man was important. But he had little more evidence than they had at the time.

It would take a breakthrough connection with the 1986 Libyan bombing of a Berlin nightclub, the La Belle Discotheque, to connect the dots.

"In that case there was a Libyan who was part of that bombing, who confessed. And in that confession, he named this bombmaker."

"Would have been great to have known that" back during the original investigation, Richard Marquise, formerly on the FBI's Lockerbie task force, tells Dornstein in the documentary. "That's amazing."

As it turns out, Dornstein discovers, Abu Agila Masud already is being held in Libya, convicted of separate charges relating to the period of the 2011 uprising against Gadhafi. Dornstein finds photos of him in the courtroom, sitting behind Senussi, the former intelligence chief.

Nonetheless, Libya's justice minister on Monday said that Scotland's identification was "just a media story as far as we're concerned," and that the Libyan government -- which admittedly only controls a small part of the country and vies for power with an untold number of militias -- has not "officially heard about this issue" from the Scots, according to Reuters.

'You don't know until you knock on that door'

"Anyone who has done this kind of reporting," Dornstein said, knows "there are more disappointments than breakthroughs."

The challenges were amplified by the increasing chaos in Libya since Gadhafi's fall, and militias have asserted their power.

"Even the files of the old intelligence services and the official files of Gadhafi have disappeared," Hafed al-Ghwell, a former World Bank adviser and now senior fellow at the Atlantic Council, tells Dornstein in the film. "There is a warehouse in Tripoli where you can go and you pay a certain fee at the door, and you go into this warehouse where there are piles of official papers. Some of them are completely insignificant, some of them are significant. And you go in there, and you dig, for whatever paper you want."

That is exactly what Dornstein did. The images in the documentary of him flipping through pages and pages of likely completely useless Arabic documents -- in rooms surrounded by thousands more binders -- are astounding.

"There were people on the ground, Libyans who I encountered, some who were family members of the people I was looking for, who opened their doors to me."

"And people always wonder, well, why do people speak when the idea of their involvement in mass murder is on the table? And I think that's why, as a documentary filmmaker, you go out, why you leave your home and why you show up other places, because you don't know until you knock on that door who might answer and what they might tell you."

"I'm grateful to an enormous number of Libyans, who did open their doors and did try to tell me what they knew of the truth and lead me, one step by one step, you know, incrementally toward what I think, you now, is the truth of who did it and why."

Where the filmmaker's role ends

The identifications by Scottish officials, just days after Dornstein's revelations, are perhaps the most significant breakthrough in many years. But the case remains unresolved, without a single confession of guilt.

"I think the role for a brother, a filmmaker, a citizen, maybe stops at a certain point. And I think there are things that states can do, that governments can do that individuals can't."

"I just don't know that I'll be the one doing it."