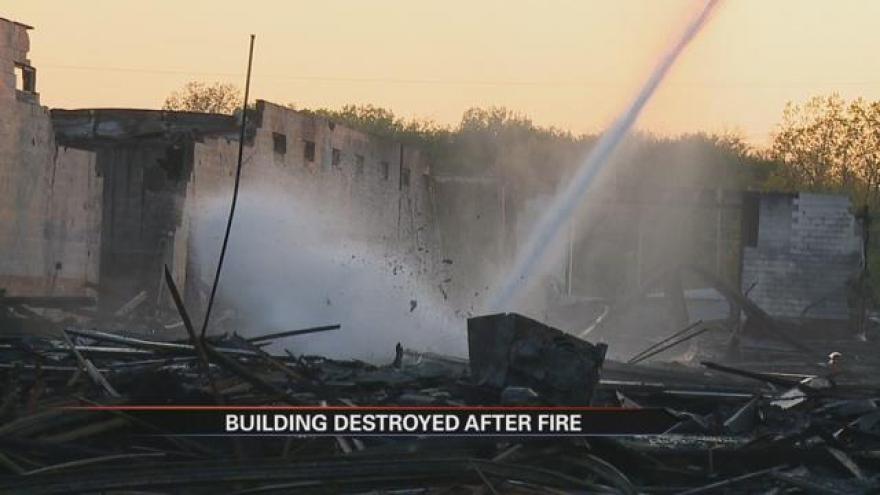 The fire that destroyed a Forest River building on Oakland Avenue Sunday afternoon is still under investigation.

The Elkhart Fire Department responded to the fire within three minutes of the initial call at approximately 3:22 p.m.

When firefighters arrived, flames were through the roof on the front portion of the building. Within 2-3 minutes of their arrival, the roof and large sections of wall collapsed.

Because firefighters were unable to get to the fire under the collapsed roof, heavy equipment was brought in to help remove debris.

The fire was brought under control at 4:49 p.m.

The building was a total loss.

Two firefighters suffered minor injuries and were transported to the hospital. They were treated and released.