Fire department urging Hoosiers to use caution on Independence Day 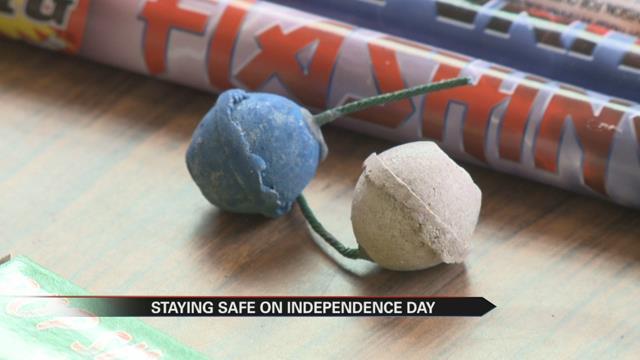 Fire marshals across Indiana are warning Hoosiers about the dangers of fireworks before the Fourth of July.

According to the National Fire Protection Association, more fires are reported on July 4th than any other day of the year.

The NFPA also says two out of five fires are fireworks-related incidents.

South Bend Fire Department Captain Gerard Ellis wants people to know how to protect themselves from the dangers of lighting fireworks.

Captain Ellis also urges parents to keep a watchful eye on their children, even using sparklers.

"Try to have one designated person who lights the fireworks. Then make sure you always have an adult around if the kids use the sparklers and stuff like that," said Ellis.

Four of those fires were related to fireworks.