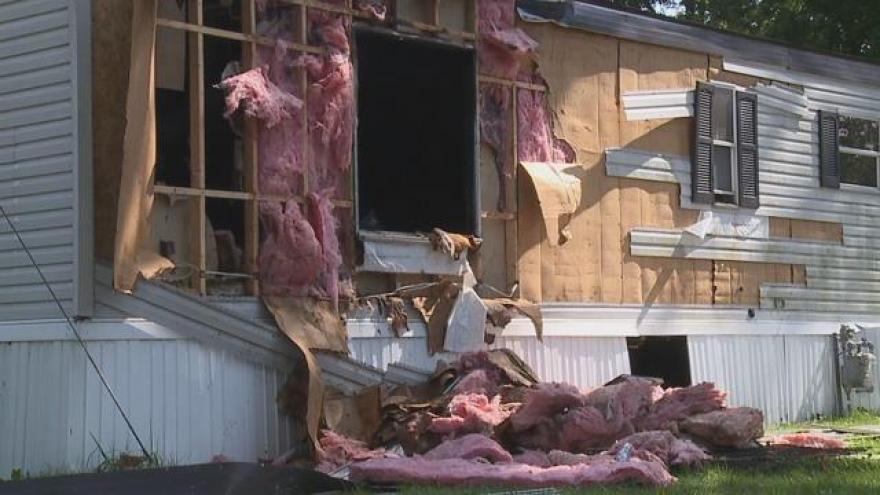 The Edwardsburg Fire Department responded to the scene on North Shore Drive around 2:15 p.m.

One of the occupants, 16-year-old Britany Wiley, was inside when the fire started.

Wiley says she was in the kitchen cutting up vegetables to cook for dinner when she smelled smoke and saw flames coming from the back bedroom.

She ran outside and called police.

While crews were able to put out the fire in about ten minutes, officials say the home is a complete loss.

Wiley and her mother April say they moved into the home in February and did not have insurance.

"Our clothes, pictures, nicknacks, everything. I was like heartbroken. I was completely in tears. My mom was crushed. We don't know what we're going to do. We have nowhere else to go," said Wiley.

Fire officials say the cause of the fire was electrical.