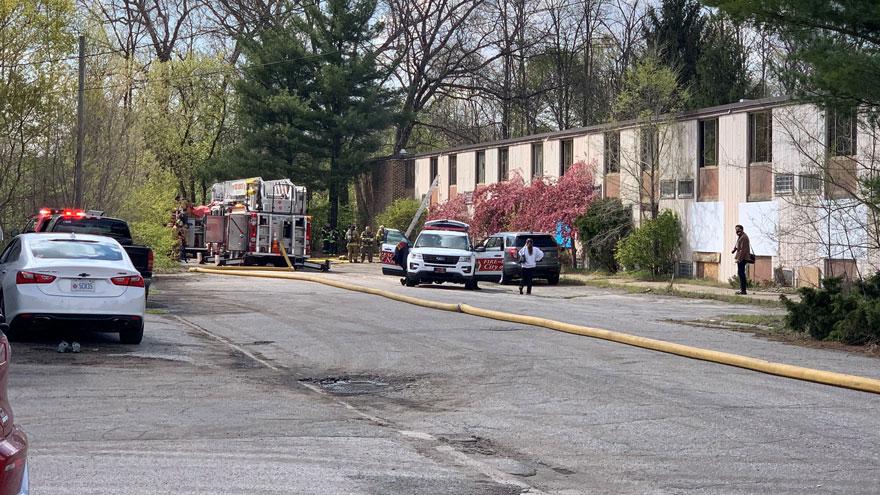 Heavy smoke and flames were reported around 2:45 p.m. at the abandoned inn.

Crews from surrounding departments were called in to assist in case there were occupants or the fire spread.

The fire was confined to one room but damage was reported to two rooms and the hallway, reports said.

The cause of the fire is under investigation. The building as no electric or gas service.