Fire reported at home that exploded on Friday 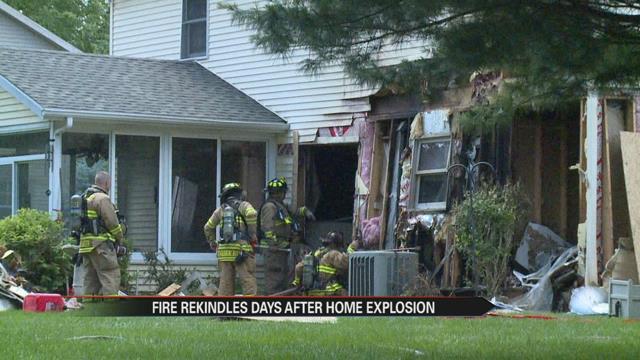 There was a small fire Sunday afternoon at a Granger home that was badly damaged in an explosion on Friday.

“There was a small fire in the basement about 12:45 a neighbor reported smoke coming from the house,” Clay Fire Chief Robert Wood said.

Firefighters were able to quickly put out the fire which began in the basement.

“It was in an area of the basement that was not really safe to be in because the first floor is compromised from the explosion and it could really fall into that basement,” Wood said.

According to Wood, the basement's damage is harder for firefighters to assess than other areas due to its dangerous condition.

“The house is not safe for us just to walk around in the basement like we would if the house was safe. So that made it difficult to hit all the little hot spots,” Wood said.

According to officials however, neighbors have no need to be concerned.

“We'll be making several trips back here again for the rest of the day and the night to make sure that this doesn't happen again. If it does it's going to be small enough that nobody's in danger at all,” Wood said.

No one was home at the time of Sunday's small fire.