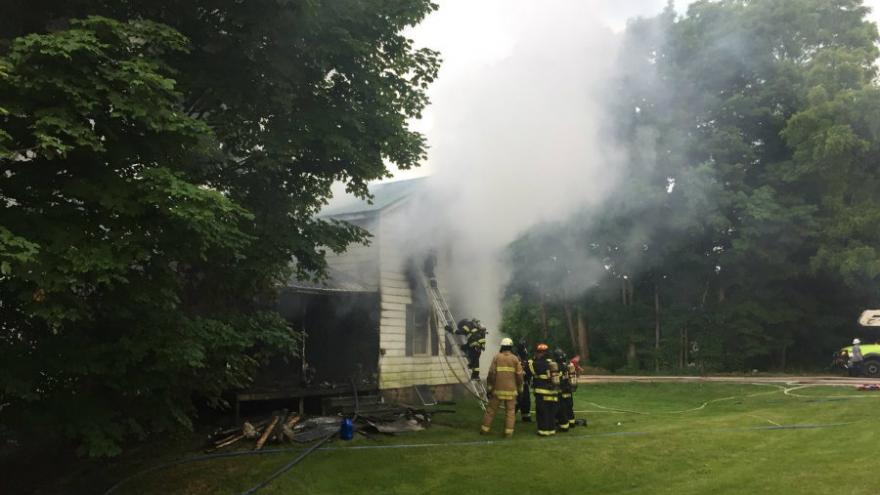 Fire officials said the fire started around 5:37 a.m. when a woman and man were woken up by their smoke alarms.

The pair and their three dogs made it out of the house.

Crews say they do have the fire under control. @ABC57Newspic.twitter.com/9SzOeG12TM

Medics say the woman was taken to a nearby hospital for breathing problems.

According to firefighters, both floors of the 2-story home collapsed as the fire was brought under control.

The cause of the fire has not been released.