Firefighters respond to house fire on Crescent Street in Elkhart 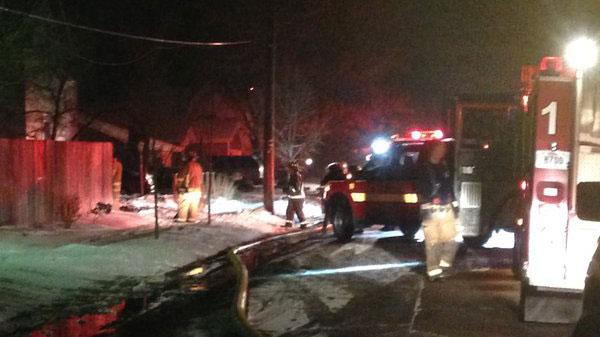 The Elkhart Fire Department was called to a house fire at 112 Crescent Street around 1 a.m. Wednesday.

Firefighters say the fire started in the second story bedroom. The fire was mostly contained to the west wall of the second floor bedroom and the upper wall of the living room on the first floor.

“We did have a fire between the first and second floors and did what we call ‘run the walls’ up in the attic. The guys were able to get in and get a good stop on it, open the walls up and cut it out," said Battalion Chief Wes Johnson.

The residents got out of the house safely.

“The structure is still in good shape overall and luckily, first and foremost the occupants are out safe," said Johnson.