Firefighters team up for specialized training 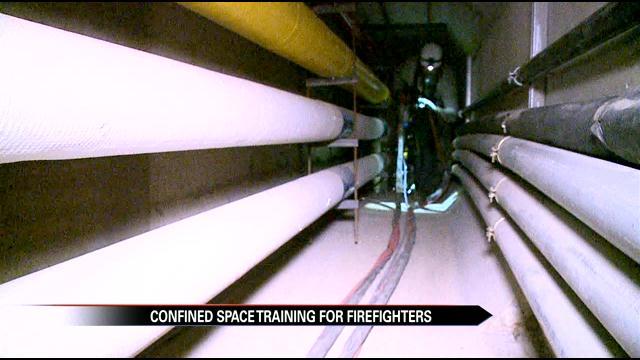 More than 30 firefighters from nine different departments across Michiana, teamed up for a specialized training Thursday morning.

As firefighters, part of the tactical rescue team, ran through high intensity drills designed to prepare them to for confined space rescues.

“Confined space is difficult because there's a lot of equipment, specialized equipment that's involved with it. You're working in tight spaces, dark spaces, air quality is always a big concern of ours,” said Clay Fire Captain Timothy Dhoore.

Thursday's scenario took them inside the tunnels underneath the County City building, where a worker was painting in a confined space, when he became overcome with fumes.

“It's not something you get to do every day. When you're put in a scenario like this it tests your abilities. It shows weaknesses and maybe where we need to improve,” South Bend Fire Captain Gerard Ellis explained.

“It allows you to practice and work out any of the kinks you may come across,” said Ellis.

It is practice that has been improving the teams' ability to deal with confined space rescues since it was brought together in 2001.

“It's been really fun seeing the team progress to where we were almost 14 years ago to where we are today,” Dhoore said.