First case of MERS in US found in Indiana 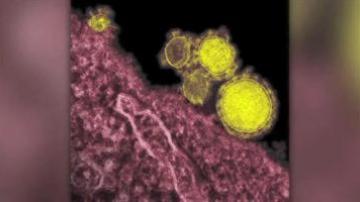 A patient is fighting that contagious virus at Community Hospital in Munster.

Officials said he contracted it while in Saudi Arabia before flying back to Chicago and taking a bus to Munster.

Doctors don’t know is how many people he could have infected here in the U.S.

“We don’t know a lot about this particular virus but it does appear to be transmitted from person to person,” said Dr. Nafziger.

He said it causes a similar illness to SARS—and is spread through respiratory droplets.

“Respiratory droplets are larger particles that when people talk or sing or cough, they can expel. Usually those don’t travel more than three to six feet,” he explained.

The symptoms of MERS include: fever, respiratory distress, shortness of breath and a cough.

Unfortunately, a lot of other illnesses cause similar symptoms.

Dr. Nafziger said people in Michiana should not be too concerned.

Only the people who came in contact with the patient are at risk for contracting this extremely dangerous virus.

But it still is dangerous.

“The percentage of people that die if they get infected with this is about thirty percent. We’re not used to thinking about diseases that kill 3 out of 10 people that get them,” he said.

Right now the health department and CDC are tracking down all of the people that could have been exposed to that virus.