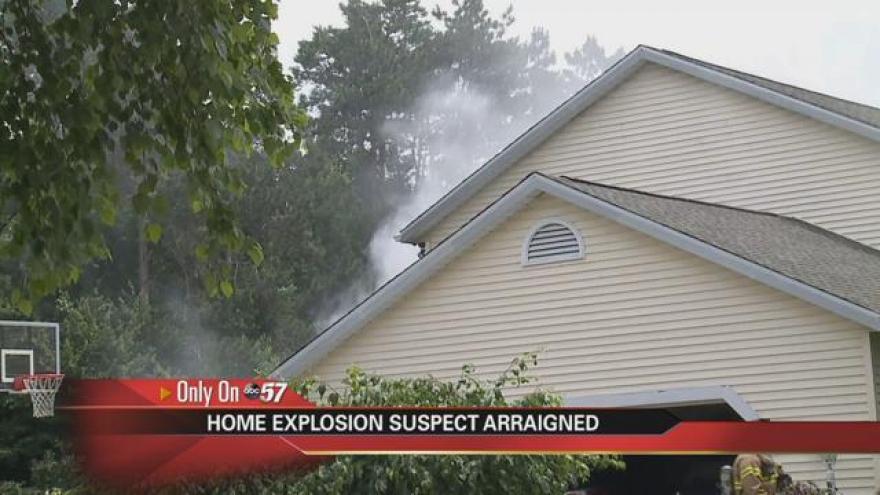 The Granger woman charged with four felonies related to her home’s explosion appeared in court for her arraignment on Wednesday.

Michelle Ellenberger, 51, is charged with three counts of arson and one count of criminal mischief for allegedly leaving the gas on in her family’s home in June, causing the house to explode.

Authorities believe it was a suicide attempt.

The blast injured Michelle and a first responder, along with Michelle’s daughter and her boyfriend who walked into the house while the gas was left on.

Wednesday, a judge ordered that Michelle stay away from her children and husband until further notice.

Ellenberger and her family spoke with ABC 57 before the arraignment. She says she loves her children very much, and would never do anything to intentionally hurt her family or anyone else.

Michelle’s parents and sister, who appeared in court with her, say Michelle was not outfitted with a GPS monitor after being released on bond from the St. Joseph County Jail Tuesday.

The next court appearance for Ellenberger is scheduled for August 11.