SOUTH BEND, Ind. -- Here we go again. There's yet another wintry storm system for our meteorologists to track this week. While most of wintry systems have been minor regarding impacts, this one could be a little more impactful. 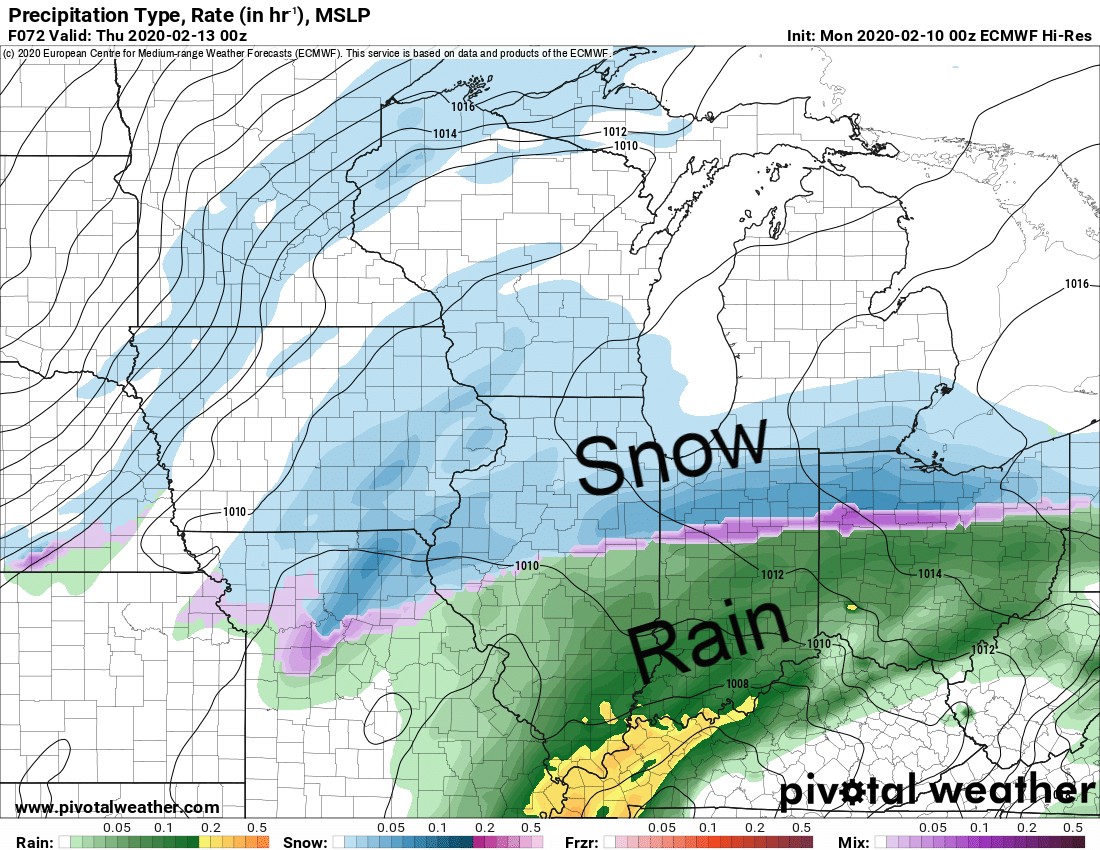 Potential radar imagery at 7 p.m. EST Wednesday as snow begins moving in.
As of Monday morning, it looks like snow will move in late Wednesday afternoon and last into Thursday morning before transitioning to a lake effect snow shower event Thursday afternoon into Friday morning. 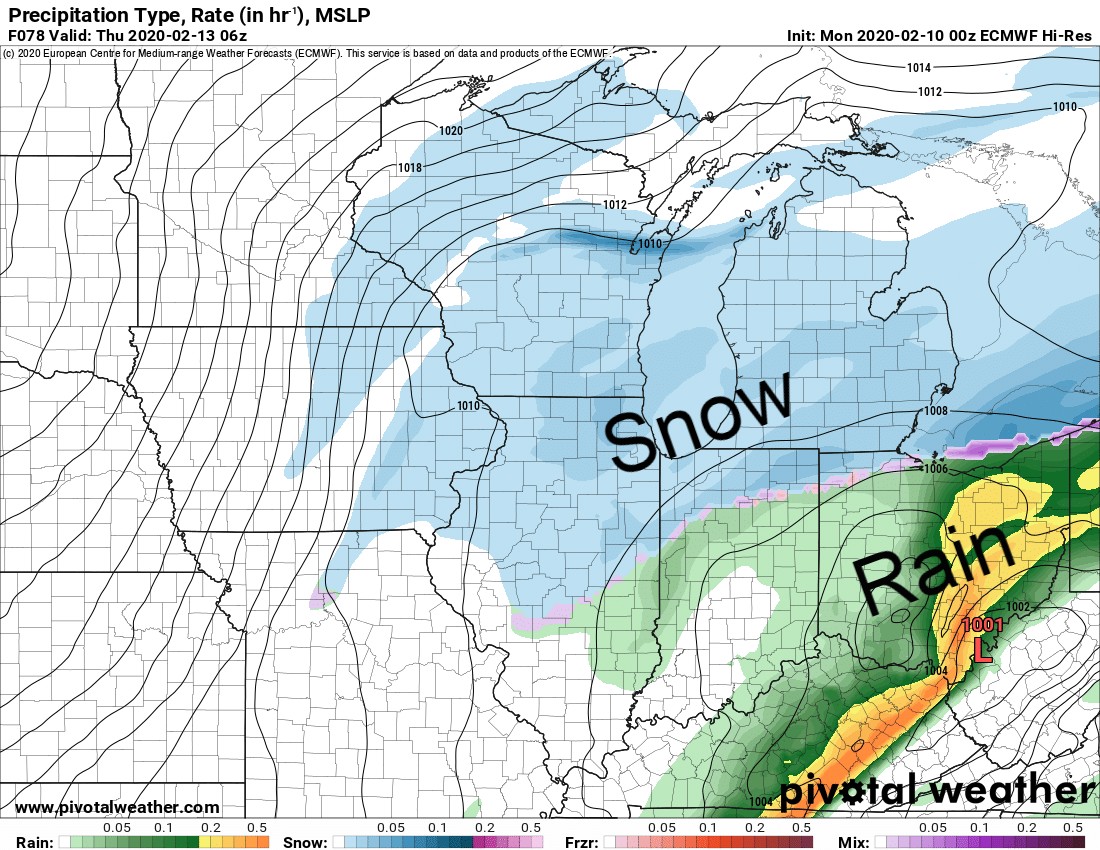 Potential radar imagery at 1 a.m. Thursday morning.
Most of the Michiana region will be impacted by the system snow Wednesday evening into Thursday morning with temperatures likely cold enough to support mostly snow. A mix with rain is possible farther south and east. 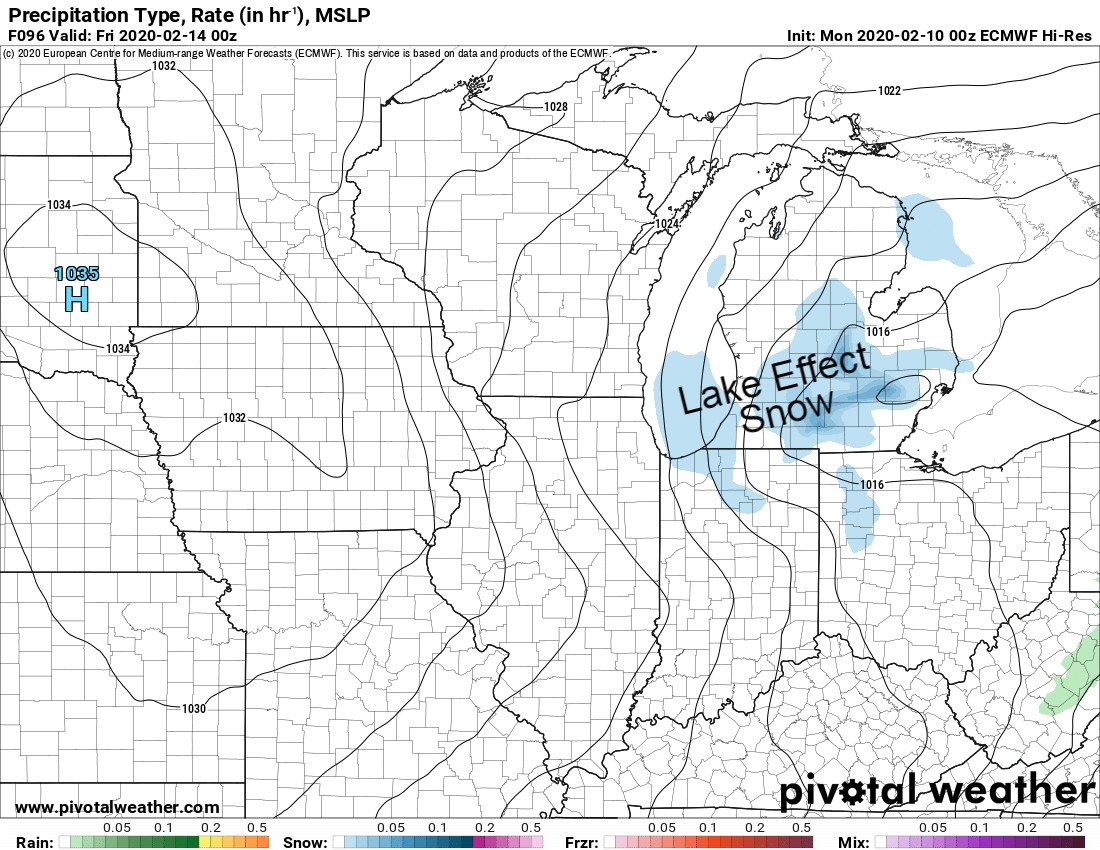 Potential radar imagery at 7 p.m. EST Thursday evening.
With the timing of the widespread snow, we'd expect a good chance of school delays and/or closings area-wide on Thursday. 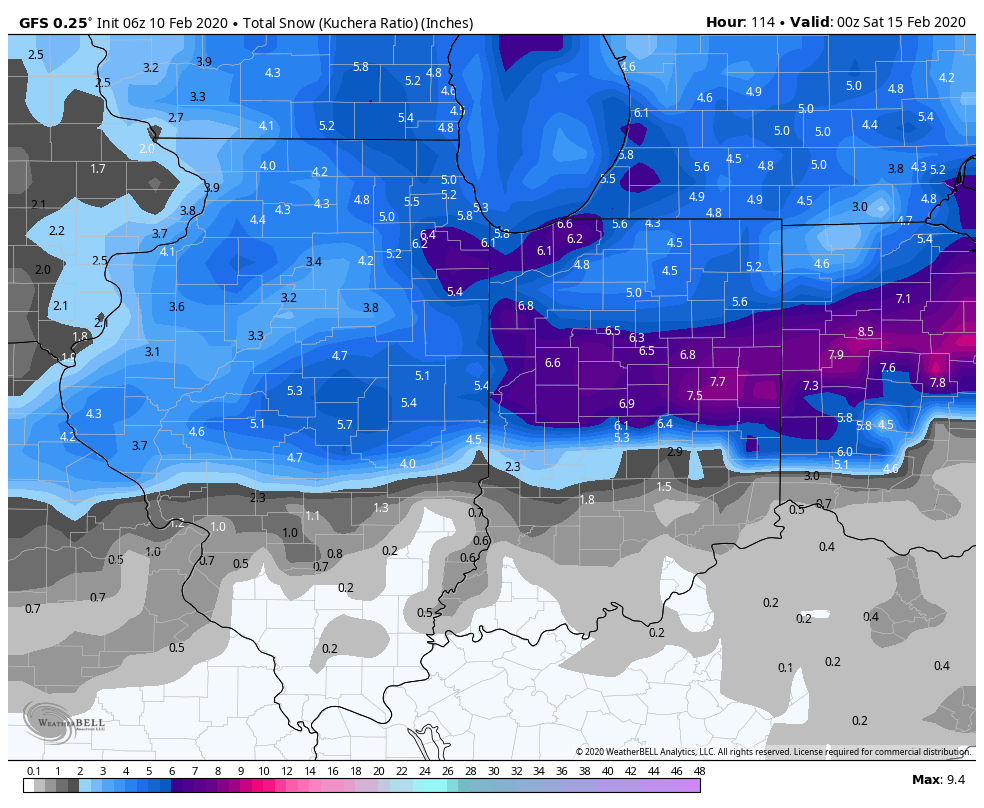 The GFS forecast model's total snowfall by Friday evening. This includes both system snow and lake effect snow.
So...how much snow are we talkin' by the time all is said and done? We'll show you two different models and their respective snowfall totals by Friday evening.

The model above is the American GFS, which shows a general 3-6" across the northern half of Illinois, Indiana and Ohio, in addition to much of Lower Michigan.

Some higher totals are also depicted in the purple and pink shades. 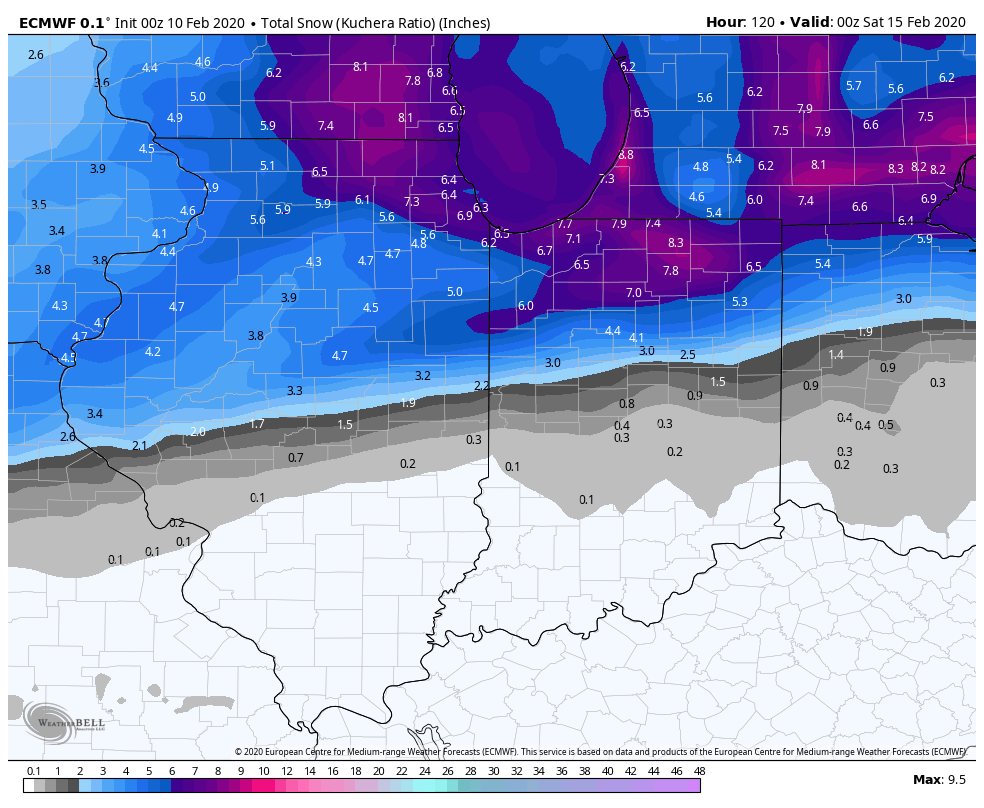 The European forecast model's total snowfall by Friday evening. This includes both system snow and lake effect snow.
The second model shown is the European, which shows a little more in the way of snowfall. It shows most of Michiana receiving 5-8" of snow by Friday evening.

There is pretty good agreement on a healthy snow by the time everything winds down late Friday.

Since we are still a few days away from the event getting underway, our initial thoughts on total snow are a general 3-6" for most of us. With lake effect, some of us could see more than that.