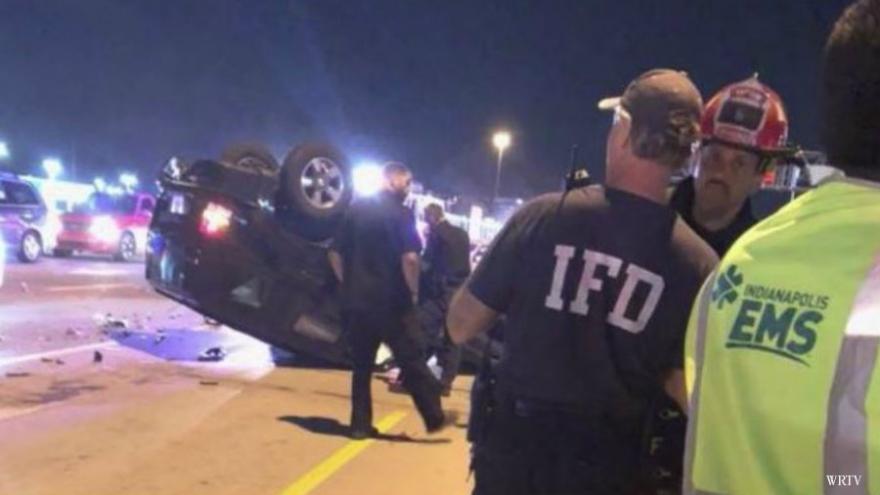 FISHERS, Ind. – Fishers Police Chief Mitch Thompson was arrested Friday night after he was involved in a crash, while allegedly driving under the influence, according to our ABC affiliate, WRTV.

Chief Thompson was involved in a multiple car crash on Keystone Avenue in Indianapolis just before midnight.

According to FPD reports, Chief Thompson rear-ended a vehicle which caused a collision. After a vehicle flipped, three individuals were taken to the hospital for non-life threatening injuries.

The report stated Thompson’s blood alcohol level was found to be 0.126 at the scene.

Assistant Chief Ed Gebhart is Acting Chief for the course of the investigation.

The Mayor of Fishers placed Chief Thompson on paid administrative leave until all facts related to the incident are revealed.