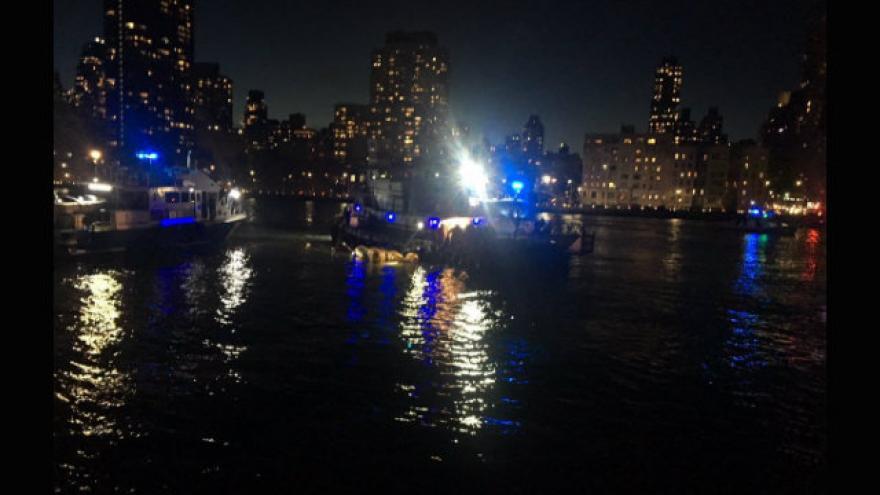 Five people were killed and one survived after a helicopter went down in New York\'s East River according to officials. Photo courtesy FDNY 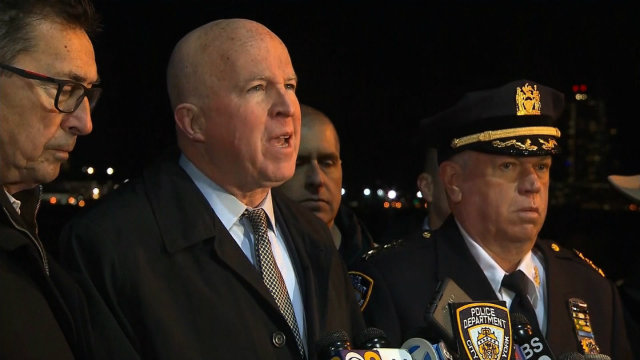 (CNN) -- The pilot of a helicopter that went down in New York's East River Sunday is the sole survivor of the crash, after all five passengers died, authorities say.

Three of the passengers had been taken to hospital with critical injuries after surviving the crash, but the New York City Fire Department confirmed their deaths early Monday.

The sixth person on the helicopter, the pilot, was able to free himself and was rescued, FDNY Commissioner Daniel Nigro said earlier. He was taken to the hospital for observation.

"One of the most difficult parts of the rescue were that five people were tightly harnessed," Nigro said. "People had to be cut out."

In an audio recording of a mayday call to LaGuardia Airport, the pilot can be heard saying that the helicopter was experiencing engine failure.

The Liberty Helicopters chopper had been chartered for a private photo shoot, authorities said.

Liberty Helicopters describes itself on its website as "the largest and most experienced helicopter sightseeing and charter service in New York City."

The company has "a fleet of 10 state-of-the-art Airbus helicopters (formerly American Eurcopter)," according to the website. "We have been in business and flying safely for over 30 years," the website says.

This is the company's third crash in 11 years, according to CNN affiliate WABC-TV. In August 2009, nine people were killed after a helicopter and a small, private plane crashed into each other over the Hudson river. Investigators said the helicopter was flying too high.

Two years before that, in July 2007, a Liberty sightseeing chopper carrying eight people dropped into the Hudson river. An off-duty paramedic on board helped everyone escape, WABC reports.

The Federal Aviation Administration said earlier Sunday on Twitter that the helicopter went down in the river near Roosevelt Island at 7 p.m. ET. The FAA identified it as a Eurocopter AS350.

The helicopter was upside-down and submerged when emergency responders reached it, authorities said.

Police said the chopper was in the water around 23rd Street and called for a barge with a crane to pull it out.

The National Transportation Safety Board will determine probable cause of the incident, the FAA said. The NTSB said on Twitter that an investigation team would be arriving in New York Monday morning.

When they begin their investigation, said Gary C. Robb, an aviation attorney based in Kansas City, Missouri, the NTSB will likely look at three things: the pilot's training, experience and immediate response during the crash; what, if anything, on the helicopter caused the crash; and what environmental factors may have contributed to the crash.

Robb says the NTSB would then release a preliminary report, and a probable cause accident report would follow later detailing what happened during the crash.

John J. Magers filmed the crash as it took place and posted the video on Twitter. He said he thought something was strange when he saw the helicopter flying low before it crashed into the East River, so he started shooting video.

"I saw it coming down toward the water. Thought it was unusual, but didn't expect it to crash," Magers told CNN over Instagram. "My thoughts are with those killed."