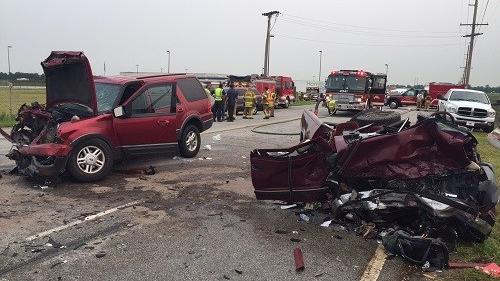 The La Porte County Sheriff's department is investigating a serious head-on crash that happened around 5:30 a.m. CST. Five people were taken to area hospitals after the crash; three of them are listed in critical condition.

Police say the critically injured include a 43-year-old man, a 40-year-old man and a 10-year-old boy;  all were flown by helicopter from the scene. The three, who are from Valparaiso, Ind. were traveling in a Chevy truck heading south on U.S. 421 near Alida Rd.

According to police, the two people in the other vehicle were also injured and taken to area hospitals in ambulances.