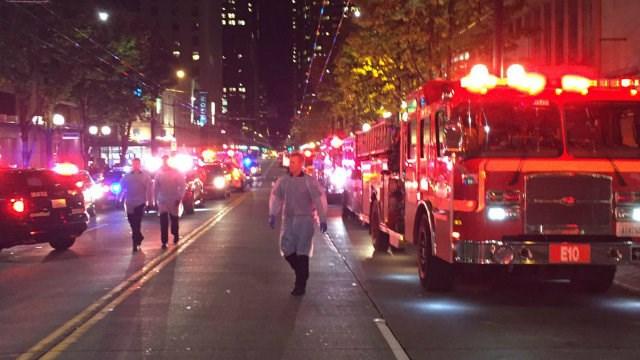 KOMO News reports two of the victims were transported to a nearby hospital with life-threatening injuries. One of the victims has been listed in critical condition.

Even though the shooting occurred during the time of the Donald Trump protest, sources say they are unrelated.

Authorities are still investigating this incident.