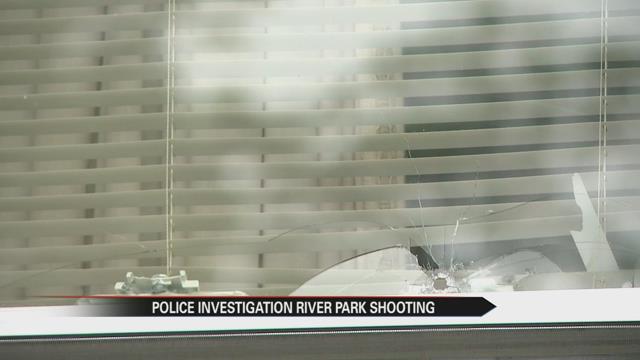 A South Bend River Park homeowner is shaken after someone shot five bullets into her bedroom over night.

“We’re in bed. We both kind of looked at each other like, ‘Did you hear that’?” Homeowner Michelle Heritz described.

What Heritz and her husband heard were three loud noises.

They didn’t think too much of it and decided to try and go back to sleep.

But when Heritz got up to start the day she realized what had taken place.

Outside, the house located off Pleasant and 33rd street, looks like any other on the block.

Until you take a step closer and see it is riddled with bullet holes.

Five holes went through the bedroom window and shutters.

Heritz said she has no idea why someone would target her home. She believes this was a random shooting, or the suspects had the wrong home.

“I thought I was having a nightmare. I would never dream of this. I don’t have enemies,” Heritz explained.

Inside more bullet holes line the wall and closet door.

It is a frightening reminder of how lucky they are no one was hurt.

South Bend Police told ABC57 they have no suspects at this time.